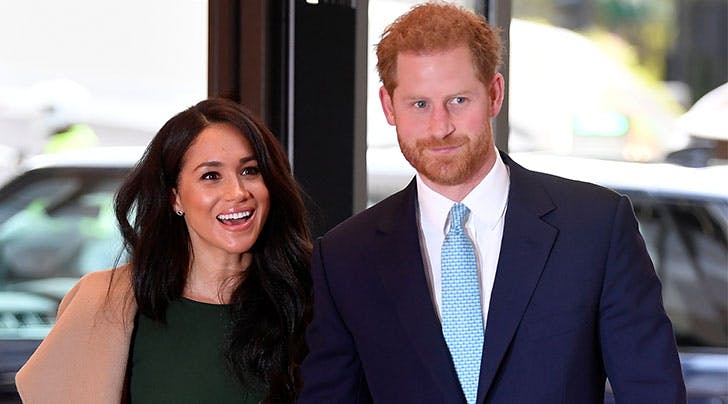 Prince Harry and his wife Meghan are closing their office at Buckingham Palace, leading to some of its 15 employees becoming redundant.
CNN understands that the couple no longer needs an office at the Queen’s main London residence since stepping back from their roles as senior members of the royal family.
While details are still being finalized, and efforts are being made to redeploy people within the royal household, there will be some redundancies.
British media are interpreting the office’s closure as an inevitable step for the couple as they embark on a new life outside the UK.
Last month, the Duke and Duchess of Sussex chose to give up their royal titles, eschew some state funding and return the Sovereign Grant funds they spent to renovate their official residence in Windsor Castle.
The couple, who left for Canada with their son Archie after the royal exit announcement, are also working to become financially independent.
They have a strong connection to the North American country. Meghan lived in there for seven years while she worked as an actress on “Suits.”
Harry and Meghan have said they plan to spend more time in North America, but have not provided specifics on where they’ll settle.
One of the ways the couple hopes to generate income is through their brand “Sussex Royal.”
However an aide to the Queen warned the Duke and Duchess of Sussex against using that title, reported British newspaper The Times.
“I don’t think it’s satisfactory. One cannot be two things at once. You either are [royal] or you’re not,” said Thomas Woodcock, Garter King of Arms, in the paper. Woodcock said he was speaking in a personal capacity.
“It is such unusual times that it is a matter of waiting and seeing how things develop,” he added.
2020-02-14
Mr. Admin
Previous: Sayeed Khokon collects AL nomination form for Dhaka-10 by-polls
Next: Ensuring justice, accountability must for safe Rohingya repatriation: Dhaka to UNSC

Rishi Sunak fined for not wearing seatbelt in back of car