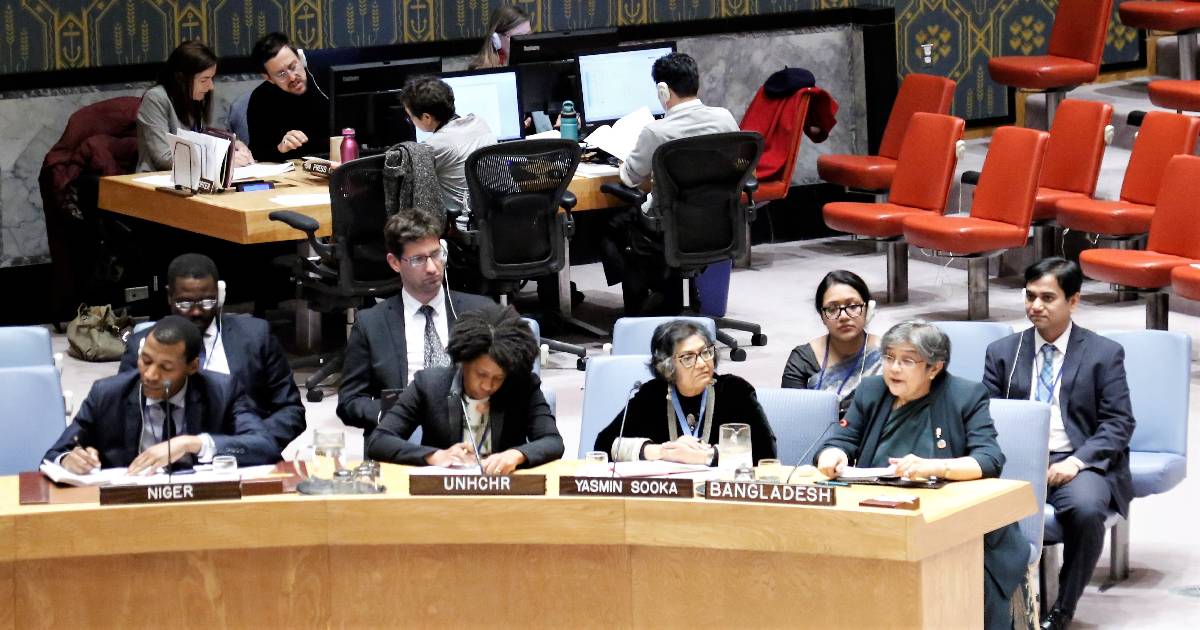 Bangladesh’s Permanent Representative (PR) to the UN Ambassador Rabab Fatima has said ensuring justice and accountability for the Rohingya is an important precondition for their safe, dignified and voluntary return to Rakhine State and eventual societal reconciliation.

She was addressing the UN Security Council open debate on “Peacebuilding and sustaining peace: transitional justice in conflict and post-conflict situation” held in New York recently.

Belgium organised the open debate as the President of the Security Council for the month of February, said the Bangladesh Mission at the UN on Saturday.

Highlighting the importance of internationally recognised criminal justice mechanisms in ensuring justice for countries coming out of conflict, Fatima welcomed the groundbreaking decision of the International Criminal Court about ensuring accountability of the egregious human rights violations and atrocity crimes by Myanmar against its Rohingya population.

She also exemplified the ICJ’s order of Jan 23 as a momentous development in this regard.

Bangladesh is currently hosting more than 1.1 million Rohingyas. Most of them fled their homeland in Myanmar’s Rakhine state since late August 2017 when the army launched a bloody offensive targeting the mainly-Muslim ethnic minority.

The UN later described the military offensive as a “textbook example of ethnic cleansing”. State-sponsored discrimination against the Rohingyas stretch back decades. Myanmar denies them citizenship despite having lived in the country for generations.

In reiterating Bangladesh’s commitment to the Security Council’s Women Peace and Security (WPS), and Youth, Peace, and Security (YPS) agenda, she said they remain committed to supporting multi-pronged efforts of the UN to prevent and ensure accountability for violence against women and children during armed conflicts.

She also underscored Bangladesh’s contribution to the UN’s peacekeeping operations as major troop and police contributing country in many conflicts affected parts of the world.

In post- conflict context, she stressed, “It is critically important to address impunity, ensure accountability and break the cycles of conflicts and atrocities of the past”.

She emphasised the importance of preventing a sense of inequality, discrimination, exclusion, and other root causes of violence and conflict in a society.

General inflation in Bangladesh slightly down to 8.85% in Nov