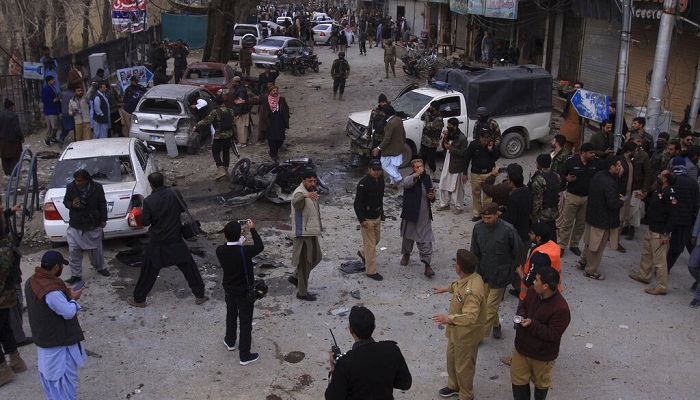 The young suicide bomber was trying to enter a religious rally but police intercepted him at a security barrier.”As police were searching him, he detonated his vest, resulting in the killing of eight people including two policemen, while injuring 23 others,” Cheema said.

The toll was confirmed by a local hospital spokesman, Mohammad Waseem Baig.

No group immediately claimed responsibility for the blast.

The attack came the same day UN Secretary-General Antonio Guterres — who is in Pakistan on a three-day visit — praised the nation’s improved security situation.

But Balochistan, Pakistan’s largest and poorest province — bordering Afghanistan and Iran — remains home to Islamist, separatist and sectarian insurgents, even as violent incidents have dropped elsewhere in Pakistan.

Militants still carry out attacks, including on major urban centres and tightly guarded targets, and analysts have long warned Pakistan is yet to tackle the root causes of extremism.Balochistan is key to the China-Pakistan Economic Corridor, part of Beijing’s regional Belt and Road infrastructure initiative.

The corridor seeks to connect China’s western province of Xinjiang with Gwadar, giving Beijing access to the Arabian Sea.