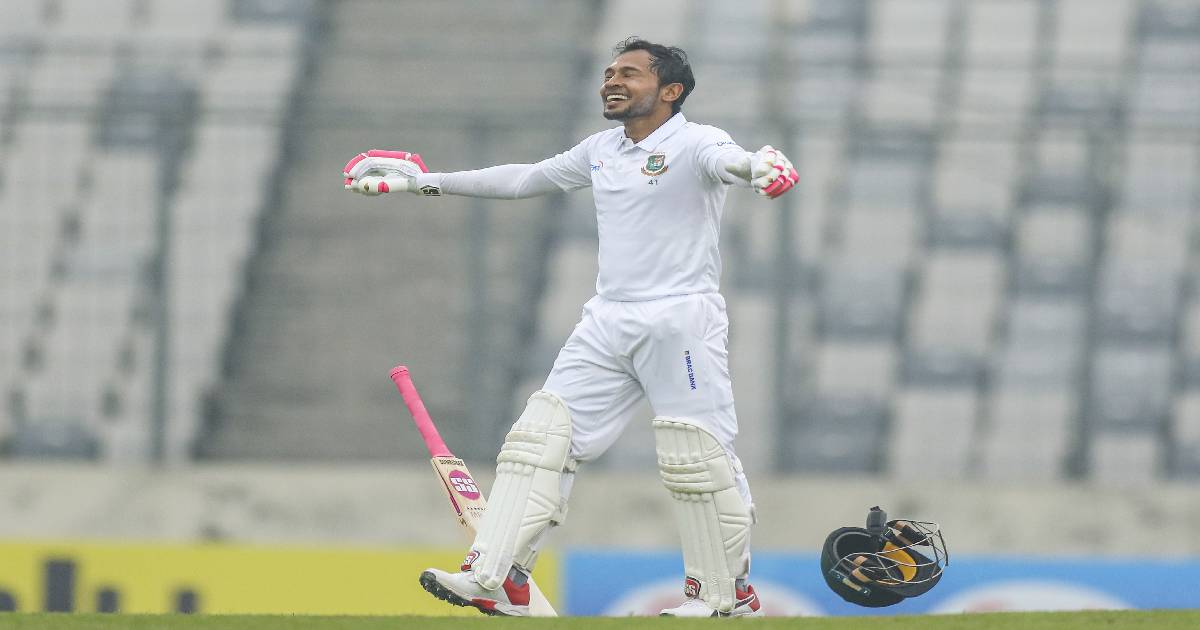 With this double-ton, Mushfiqur became the first and only Bangladesh to have hit three double-centuries in the longest format of international cricket.

Mushfiqur reached his third double-ton off 315 balls with 28 fours. He drove Ainsley Ndlovu to the cove area for a four to complete the double-century in style. Right after it, Mushfiqur did a Tiger posture to celebrate the occasion.

Tamim Iqbal and Shakib Al Hasan are only two others Bangladeshi batsmen to have hit double-ton in Test cricket. Both of them have one double-century each.

Before Mushfqiur touches a new milestone, Bangladesh captain Mominul Haque also hit a ton in the ongoing Test. The southpaw ended on 132 off 234 with 14 fours. It was his first Test century after 14 innings.

Mominul had hit his last century against West Indies back in 2018 in Chattogram. He played 14 Test innings since then but couldn’t reach a century until now. The southpaw took 156 balls to reach his ninth hundred with 12 fours. He drove Donald Tiripano for a four to the long-off area and completed the century by one of his finest shots of the innings.

Earlier, Bangladesh ended day two scoring 240 for three in reply of Zimbabwe’s first innings of 265. Before Mominul and Mushfiqur, Bangladesh opener Najmul Hossian Shanto also struck a fifty (71), which was his maiden 50-plus score in international cricket.