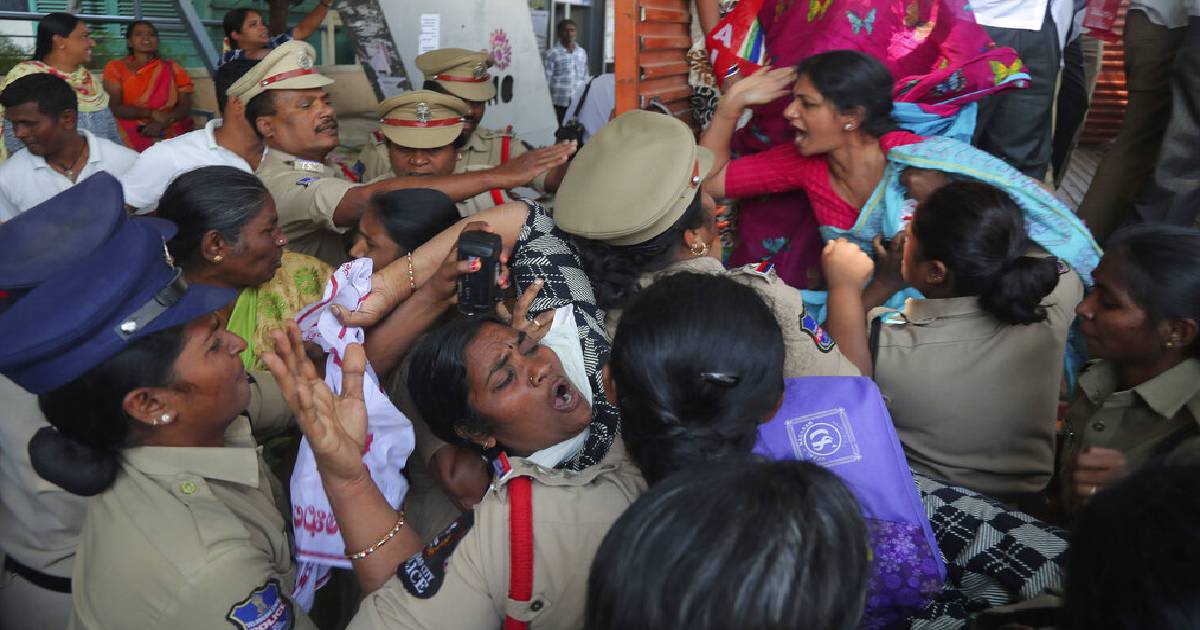 At least seven people, including a police officer, were killed and dozens were injured in clashes between hundreds of supporters and opponents of a new citizenship law in India that provides fast-track naturalization for some foreign-born religious minorities but not Muslims, police said Tuesday.

The clashes occurred in New Delhi on Monday, a day before President Donald Trump was to visit the capital. The violence took place as Trump was being feted by Indian Prime Minister Narendra Modi in the western Indian city of Ahmedabad.

There were no protests in New Delhi on Tuesday, when Modi was hosting Trump in the capital for the official portion of his visit to India.

During Monday’s protests, police fired tear gas and used canes as they charged at the protesters in several districts of New Delhi. The rival groups hurled rocks at each other in the area and set some houses, shops, vehicles and a gasoline pump on fire. Police closed access to two metro stations in the area.

Policemen patrol a street after violence broke out between two groups in New Delhi, India.AP Photo

India has been rocked by violence since Parliament approved a new citizenship law in December that provides fast-track naturalization for some foreign-born religious minorities but not Muslims.

Critics say the country is moving toward a religious citizenship test. At a massive rally in Ahmedabad after Trump’s arrival on Monday, the president praised India’s history of religious tolerance, saying many faiths “worship side by side in harmony.”