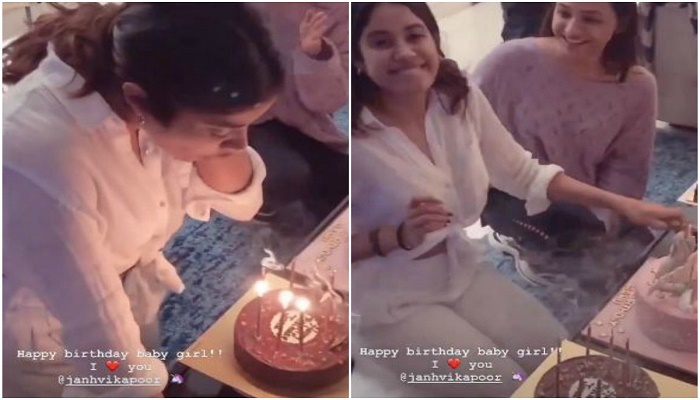 Bollywood filmmaker Boney Kapoor and actress Sridevi’s eldest daughter Janhvi Kapoor turned 23 on Friday.
The actress, who made her Bollywood debut with Dhadak has already managed to carve a niche in Bollywood industry with her impeccable acting skills, according to media report.

On her special day, Bollywood celebs and her fans from across the globe poured birthday wishes.Sister Anshula Kapoor, on Friday, took to her official Instagram handle to share last night video celebrating Janhvi’s birthday.

In the video, Janhvi can be seen blowing candles and cutting cakes with friends and family.

A few days back, Janhvi Kapoor had jetted off to Chennai with father Boney Kapoor to attend a prayer meet held in remembrance of her mother to mark her second death anniversary.

On the work front, after making her Bollywood debut Dhadak opposite Ishaan Khatter, Janhvi Kapoor will next be seen in RoohiAfzana, Kargil Girl, and Dostana2.