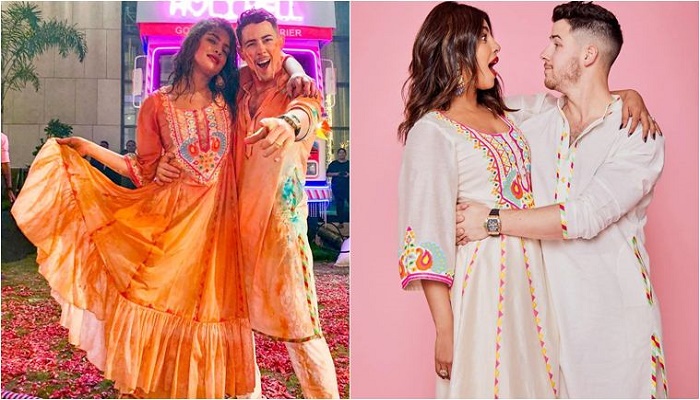 Bollywood actress Priyanka Chopra and her husband American singer Nick Jonas celebrated Holi together at Isha Ambani’s bash with their friends and family members, which took place in Mumbai on Friday evening.
Priyanka and Nick looked ready to celebrate the festival of colours. Jonas, who celebrated the festival for the first time, took to Instagram and wrote “My first Holi! (Five days early)So much fun celebrating with such incredible people here in my second home in India.”On the work front, Priyanka is gearing up to play Maa Anand Sheela in upcoming Amazon Studios film Sheela to be directed by Barry Levinson.

Chopra had first announced the project on The Ellen Degeneres Show. The actor will also be seen in Netflix’s The White Tiger, alongside Rajkummar Rao.

Nick, on the other hand, has ended his Happiness Begins tour. He has joined The Voice as one of the judges.