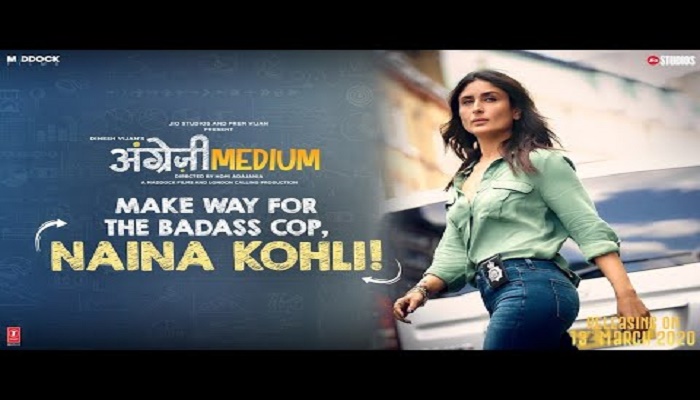 In a video, Kareena is seen that she is beating up a couple of men with her bare hands. She slams their heads on cars and pins them to the ground.Kareena’s fans are excited to watch her pull off some stunts as a policewoman for the first time. “Kareena is again proving that she is the queen of Bollywood,” read a comment on YouTube. “Kareena’s acting, her looks, everything is so fine about her,” read another comment.

Kareena only has a small role in the film, which focuses on the father-daughter relationship of Irrfan Khan and Radhika’s characters.