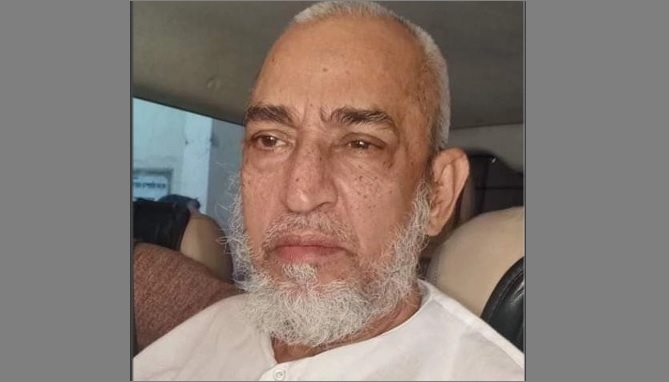 Majed was arrested from the capital’s Mirpur area, he said.

He was sent to jail by the Chief Metropolitan Magistrate Court Judge AM Julfikar Hayat.

On August 15, 1975, Bangladesh’s founding father Bangabandhu and most of his family members were assassinated by a cabal of military men.

Military Secretary Brigadier General Jamil was also killed. Several members of a family in the capital’s Mohammadpur area were also killed by artillery shells fired by the killers on the same day.

Another killer Aziz Pasha met the natural death in Zimbabwe in 2001.

On November 19, 2009, the Appellate Division of the Supreme Court upheld the death penalty of 12 convicted former army officers for the assassination of Bangabandhu and his family members.

Of them, the government knew the whereabouts of SHBM Noor Chowdhury, Rashed Chowdhury and Risaldar Moslehuddin while was not sure about the other three fugitives — Khandaker Abdur Rashid, Shariful Haque Dalim and Abdul Majed.

Noor Chowdhury has been living in Canada while Rashed Chowdhury in the USA, said the government sources.