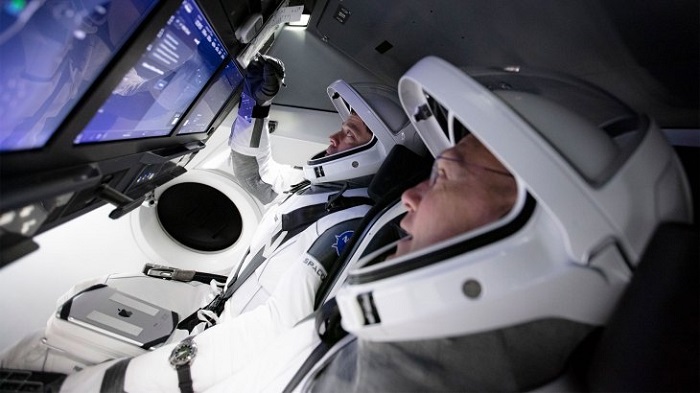 NASA announced on Friday that a SpaceX rocket will send two American astronauts to the International Space Station on May 27, the first crewed spaceflight from the US in nearly a decade.
“On May 27, @NASA will once again launch American astronauts on American rockets from American soil!” NASA chief Jim Bridenstine said in a tweet.

The astronauts will be sent to the ISS on a SpaceX Falcon 9 rocket.Astronauts Robert Behnken and Douglas Hurley will be launched to the ISS aboard SpaceX’s Crew Dragon spacecraft.

Since July 2011, the United States has relied on Russian Soyuz rockets to send US astronauts to the ISS.