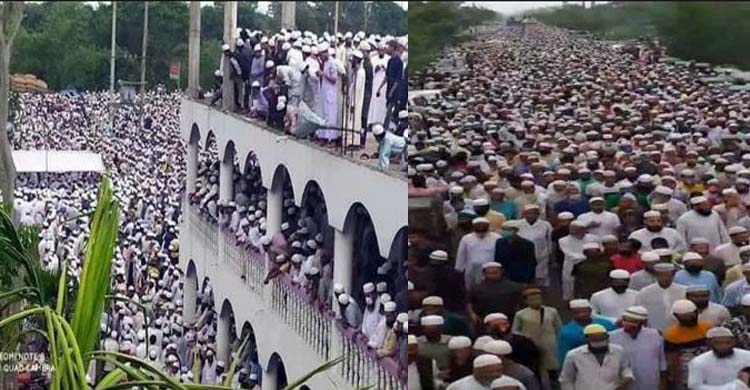 The assistant superintendent of police of the Sarail-Ashuganj circle and two other police officers of Sarail Police Station of Brahmanbaria have been withdrawn for failing to prevent a large number of people from attending a funeral prayer in the Upazila flouting the government’s instruction to maintain social distancing.
Police Headquarters took the action on Sunday against ASP Md Masud Rana, officer-in-charge Shahadat Hossain Titu and Inspector (investigation) Md Nurul Haque for failing to take proper steps to stop the mass gathering, Sohel Rana, assistant inspector general (Media) of Police Headquarters, confirmed the development.

A three-member committee has also been formed to investigate the incident, said Md Imtiaz Ahmed, officer-in-charge of Special Branch of Brahmanbaria District Police (DIO-1).The ASP and OC have been attached to the Chattogram range of police, he said.

A huge crowd gathered although the entire district has been under lockdown since April 11, when one person died from coronavirus and seven were detected positive in a day.