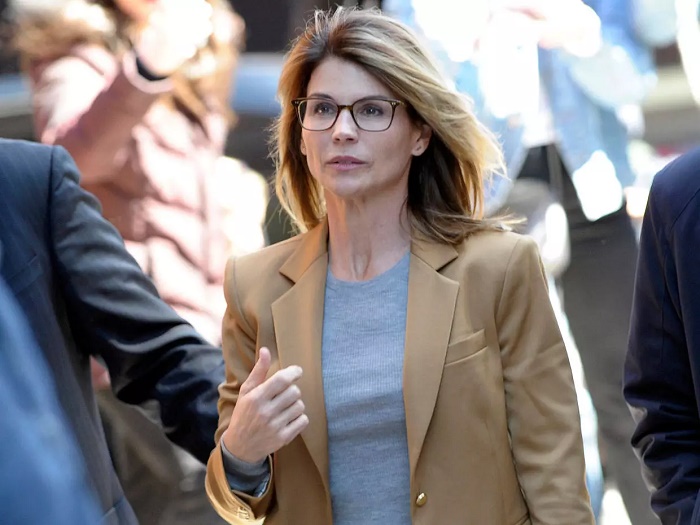 American actress Lori Loughlin has agreed to plead guilty and accept a prison sentence over her role in a sprawling college admissions scandal, US prosecutors said Thursday.
The star of the 1980s-90s sitcom “Full House” along with her husband, designer Mossimo Giannulli, were among 50 people indicted in an elaborate scam to secure spots for privileged children at prestigious US universities.

They were both set to plead guilty Thursday at 11:30 am local time before a Massachusetts federal judge, according to the court docket.Prosecutors in the northeastern state had said the pair paid $500,000 to gain admission for their two daughters at the University of Southern California as recruits to the crew team — a sport neither had ever trained in.

The terms of the plea agreement will see Loughlin serve two months in prison, with a $150,000 fine and two years of supervised release, with 100 hours of community service.

Her husband’s recommended sentence is slightly stiffer: Giannulli’s agreement will involve five months of prison, a $250,000 fine and two years of supervised release with 250 hours of community service.

Both sentences are subject to court approval.

Those charges could carry penalties of up to 45 years in prison if convicted.The pair are now the 23rd and 24th parents to plead guilty in the case, according to a statement from the US Justice Department.

“Under the plea agreements filed today, these defendants will serve prison terms reflecting their respective roles in a conspiracy to corrupt the college admissions process and which are consistent with prior sentences in this case,” said US Attorney Andrew Lelling.

Actress Felicity Huffman of “Desperate Housewives” fame was released last October from prison, after serving 11 days of a two-week sentence at a low-security California facility for her role in the scam.

She had pleaded guilty during a tearful court appearance to paying $15,000 to boost her daughter’s SAT college entrance exam score.