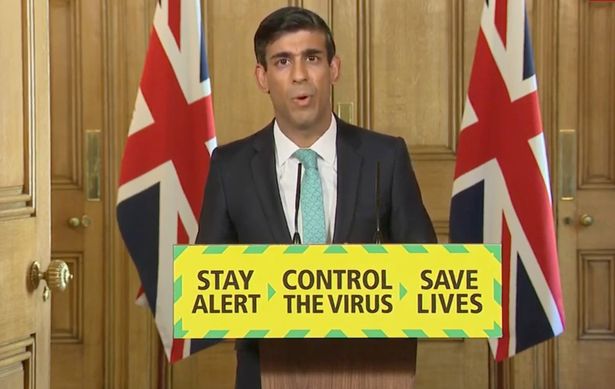 Chancellor Rishi Sunak has confirmed that 324 people have died from coronavirus in the past 24 hours.

The UK’s grim death toll now stands at 38,161 in all settings, including hospitals and care homes.

Earlier today the hospital death toll increased to 30,553 after 177 more fatalities were reported.

Mr Sunak told today’s Downing Street briefing that 131,458 tests were carried out in the past day, with 2,095 people confirmed to have the virus.

In total, 271,222 people have contracted Covid-19 since the outbreak began earlier this year. 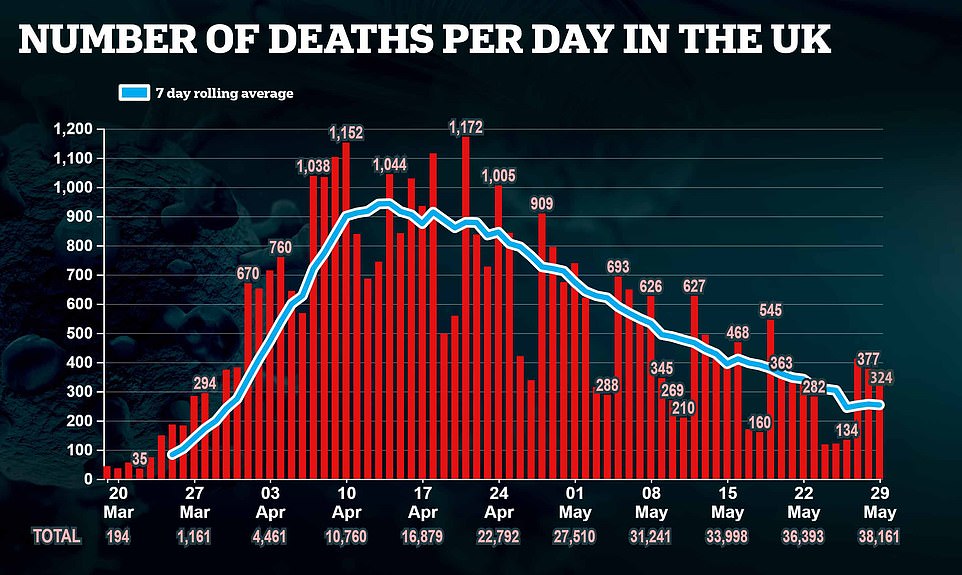 The Government’s official toll – previously 37,837 deaths in all settings, including care homes – will be updated later. It is the second highest total in the world and the highest in Eurpe.

However, the UK’s true Covid-19 death toll is more than 47,300 based on death certificates from each UK nation.

The latest figures came as Chancellor Rishi Sunak tells employers they will need to contribute to their furloughed workers’ salaries from August. 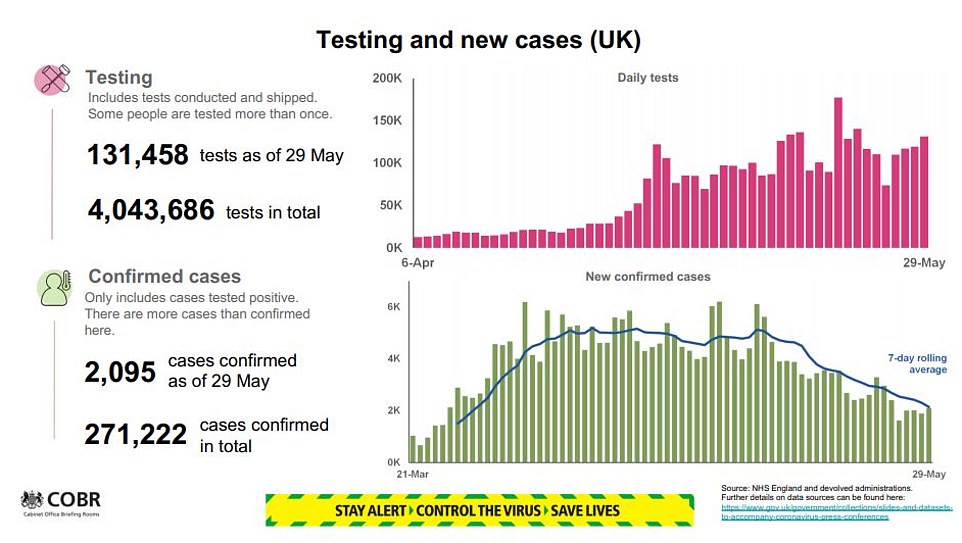 He also said the scheme would come to a close in October, and also announced an extension until August for the grants available for self-employed people.

Ministers have said they will extend the scheme covering 80% of workers’ salaries up to £2,500 per month until the end of October, with employers expected to make a contribution.

Boris Johnson announced a gradual easing of the lockdown in England, with friends and families able to meet in parks and gardens in socially distanced groups of six from Monday.

The Prime Minister said all five of his tests to move into the next phase had been met, allowing schools to begin reopening and greater contact to be permitted from Monday.

Winter wave of coronavirus ‘could be worse than first’

Face masks ‘should be worn’ in UK shops: Johnson