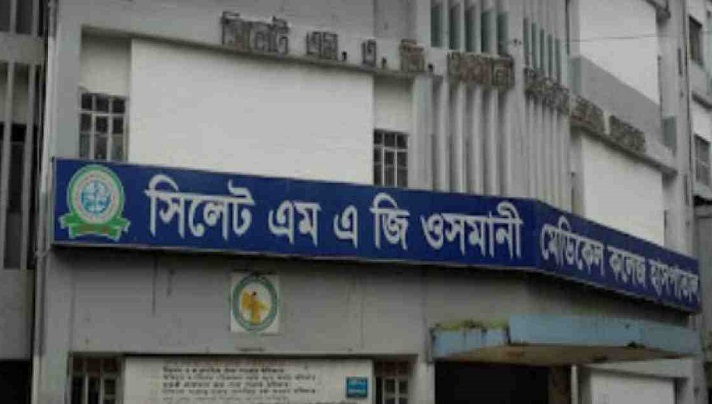 A 63-year-old woman suffering from breathing complications died in an ambulance Monday, after being refused admission or treatment at six hospitals in Sylhet.

The resident of Gogoltula in Sylhet city had been an asthma patient for past 35 years. She fell sick around midnight on Sunday and was taken to Al-Haramain Hospital in Sobhanighat area, said relatives.

The Emergency unit of the hospital suggested taking her to some other hospital as they don’t have an Intensive Care Unit (ICU).

She was taken to another private hospital where she was again refused any treatment and instead suggested taking her to North-East Medical Hospital.

There, the hospital authorities said that they don’t have any oxygen supply for their patients.

She was next taken to the Mother and Child Hospital in Sobhanighat area – the 4th hospital of the night, for anyone keeping score – where doctors said they also don’t have any ICU facility.

Her family however did manage to buy a cylinder of oxygen from MCH, following a big row and much agitation – none of which should belong in a life-or-death situation.

The 5th hospital they tried was the Park View Medical College Hospital, where the on-duty doctor recommended taking her to the Jalalabad Ragib-Rabeya Medical College & Hospital.

The family did as they were advised, but then at the Ragib-Rabeya Hospital, the on-duty doctor did an x-ray, observed her condition and suggested taking her to the Osmani Medical College and Hospital.

The woman who was suffering from extreme pain in her chest by now, was again shifted, but by the time they reached Osmani Medical College at 2:30am, she had passed away.

The elderly woman failed to get minimum treatment even though the government has directed the hospitals to provide proper treatment to patients during the coronavirus outbreak, said the relatives who were unwilling to disclose their identity.

This is an almost unheard of situation now prevailing in Bangladesh, something that goes against every grain of what we learn about medical professionals and have come to expect from hospitals as institutions.

“Simply out of humanity, all hospitals should seek to treat any patient who reaches their door,” said Abdur Rahman.