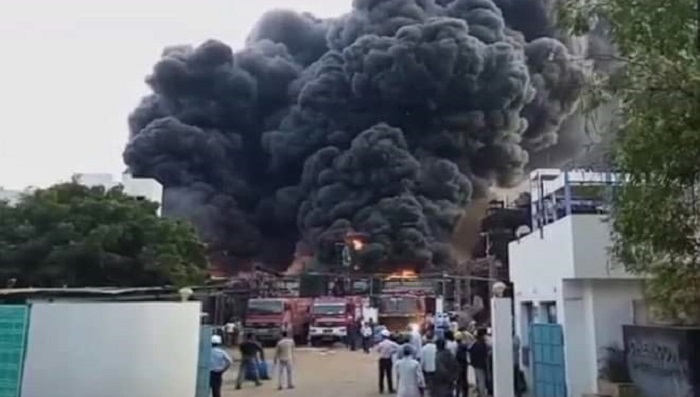 At least eight people were killed and 74 others injured on Wednesday in a blast at a pesticides factory in western India, authorities said.

Almost 5,000 people living in two villages near the plant in the Bharuch district of Gujarat state were evacuated as a precaution after a storage tank exploded, local official M D Modia said.
“The blaze is now under control,” he said late Wednesday.

He said earlier that there was “no gas leakage and hence no threat” to the nearby population.

Industrial accidents are common in India due to sometimes lax safety standards. Many factories are currently resuming operations as India’s coronavirus lockdown is eased.

Last month 12 people were killed in a gas leak at a chemicals plant in Visakhapatnam in eastern India owned by South Korea’s LG Chem.