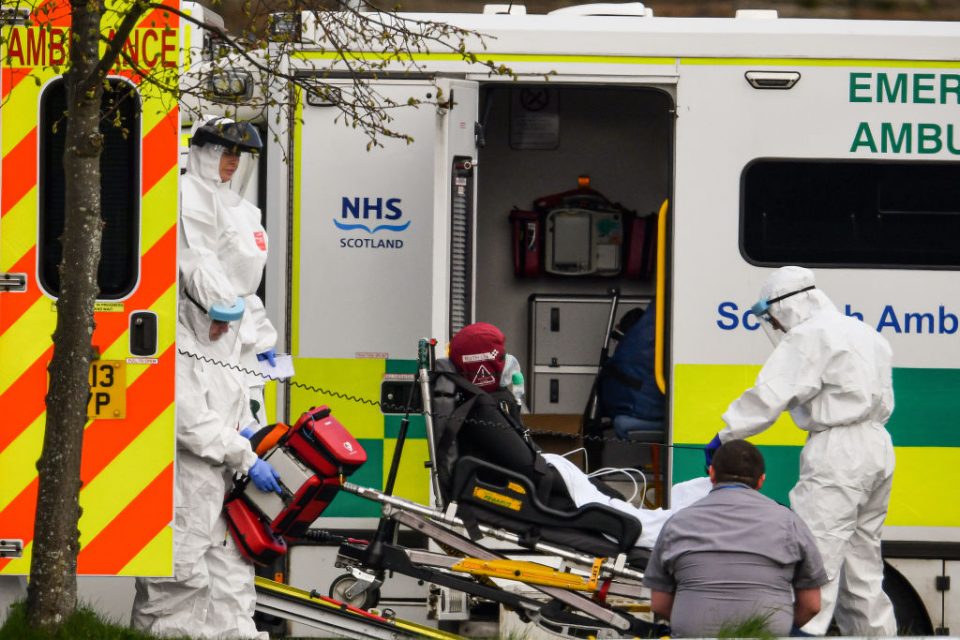 The UK’s coronavirus death count has increased by 357 as the country’s total number of fatalities soars past 40,000.

Today’s jump in deaths is higher than yesterday’s increase, when 176 fatalities were reported.
The total number of UK Covid-19 fatalities in hospitals, care homes and the wider community is now 40,261.

Government advisers initially said that 20,000 deaths would be a ‘good outcome’ from the pandemic.

The country’s hospital death toll also shot up by 142 today, with 123 fatalities in England, 14 in Scotland, one in Northern Ireland and a further four in Wales. 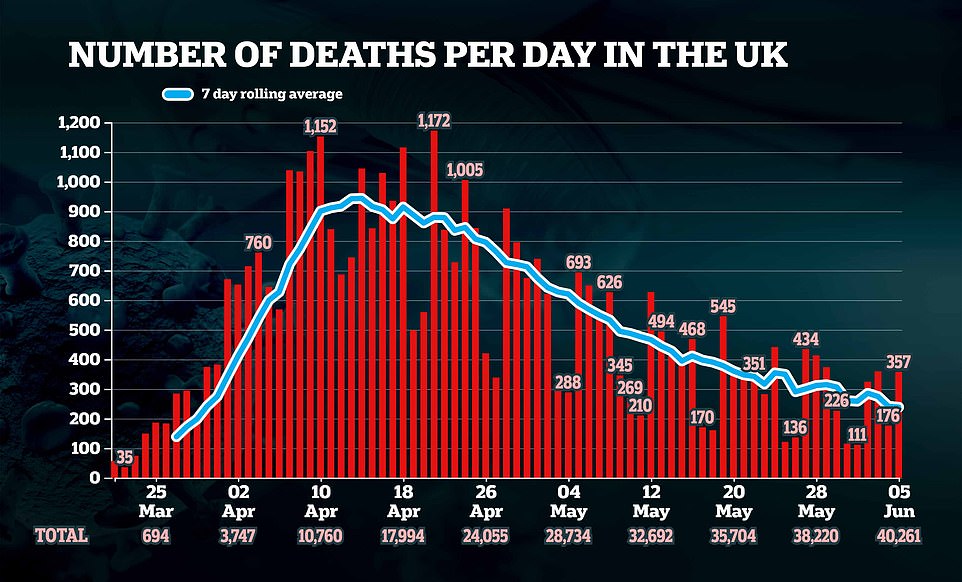 207,231 tests have been sent out or completed in the past day, with 1,650 positive results recorded.

In March Chief Scientific Adviser Sir Patrick Vallance said 20,000 or fewer deaths from the pandemic would be a ‘good outcome’.

He told the Health Select Committee: “Every year in seasonal flu the number of deaths is thought to be about 8,000 excess deaths.

“So if we can get this down to numbers 20,000 and below that’s a good outcome in terms of where we would hope to get to with this outbreak.

“But it’s still horrible, that’s still an enormous number of deaths and it’s an enormous pressure on the health service.” 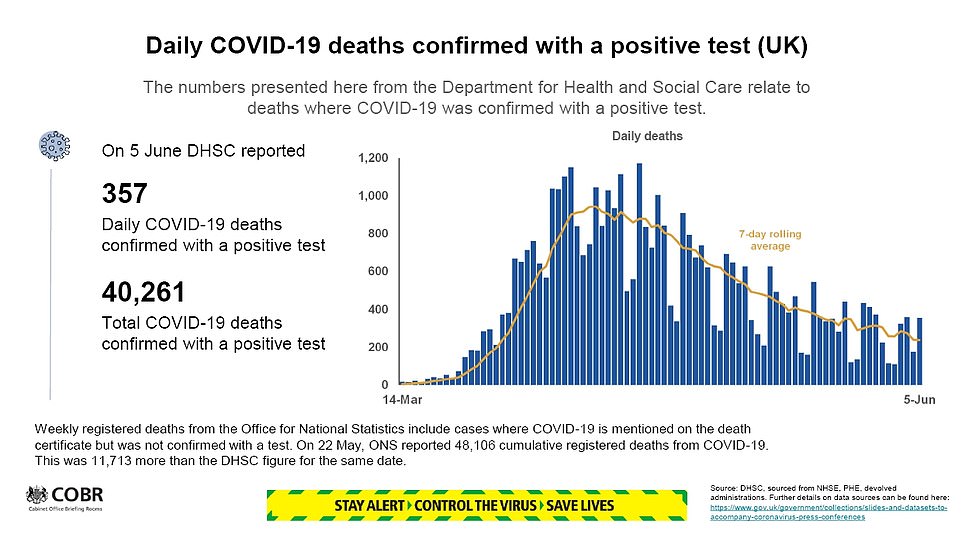 It comes after the World Health Organisation noted the UK had recorded more daily deaths than 27 EU countries combined, according to a  report.

The figures prompted fresh alarm – just hours after Boris Johnson said he was “proud” of the UK’s response to the virus.

Meanwhile, researchers have come up with ideas that would see Brits desperate to hug their friends, family and romantic partners reunited with their loved ones as the lockdown continues. 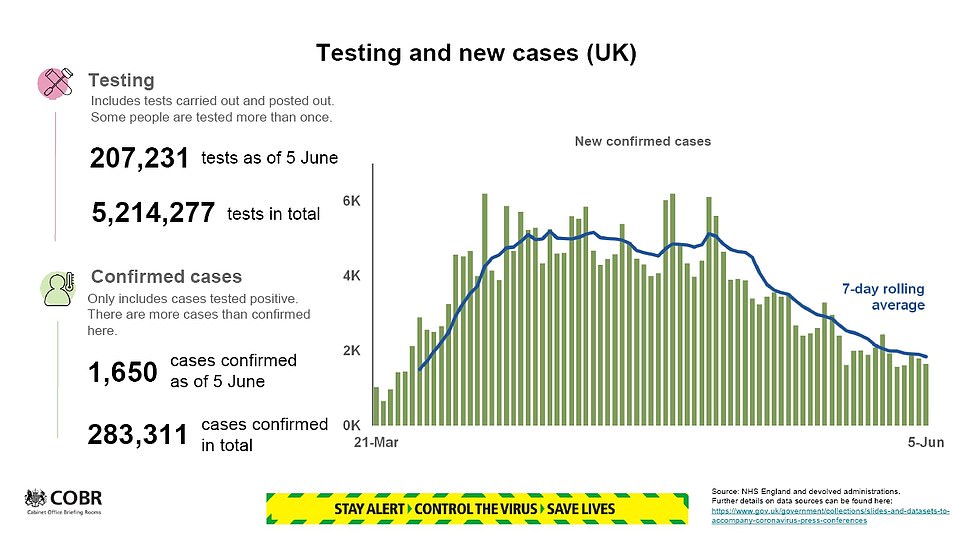 University of Oxford experts have created three scenarios that would enable people to interact closely with others, involving household and social bubbles – as long as they keep to a two-metre distance from strangers.

The second would limit contact to friends and colleagues, while the third idea would involve a social bubble, a strategy that other countries have tried.

And the British Medical Association (BMA) is urging face coverings become mandatory immediately on public transport and everywhere people can’t socially distance after the government said they will be required on public transport only after June 15.