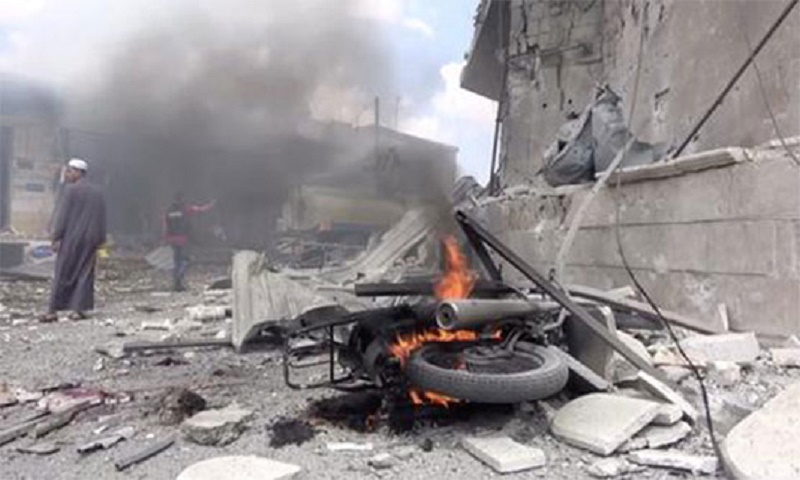 At least nine fighters loyal to the Syrian regime, including four Syrians, were killed during Israeli air raids late Thursday in the Hama province a central region controlled by the Syrian army and Iranians, a monitor group said.
Those killed were either “part of the regime forces or (allied) Iranian forces,” the Syrian Observatory for Human Rights reported.

The toll of nine dead could rise as some people were seriously injured in the raids, it added, reports AFP.

There were explosions and an unspecified number of casualties in the Masyaf area, after an Israeli air raid against regime positions, the group reported.

“The area is under the Syrian army’s control and Iranians are present there,” said Observatory chief Rami Abdel Rahman.

He said the target was a factory and research centre producing short-range surface-to-surface rockets.
“Our air defence systems responded to an Israeli attack over Masyaf in rural Hama,” state news agency SANA reported.

Israel, which did not immediately comment on the reports, has launched hundreds of strikes in Syria since the start of the civil war in 2011.

It rarely confirms details of its operations in Syria, but says Iran’s presence in support of President Bashar al-Assad is a threat and that it will continue its strikes.

AP Explains: Why India cases are rising to multiple peaks