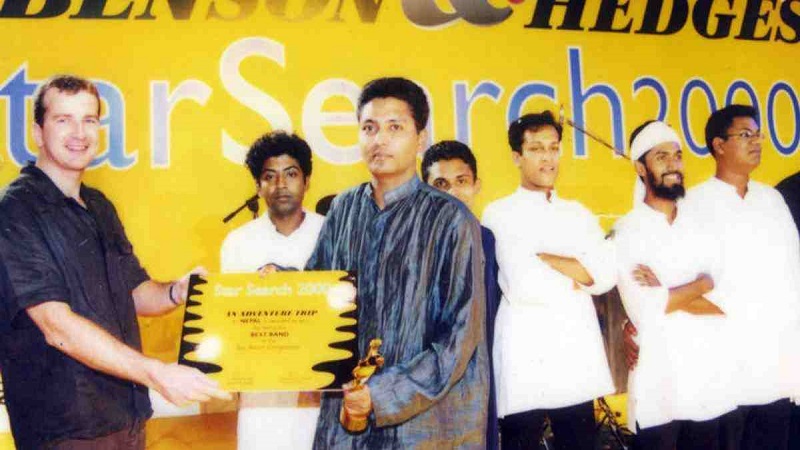 Masudul Haque Liton, 45, the vocalist of popular band Steeler, passed away due to brain stroke on Thursday in Chattogram.

Family sources said Liton felt unwell and suffered a brain stroke at home on Thursday afternoon. He was immediately taken to Metropolitan Hospital where doctor pronounced him dead at 5 pm, they added.
His popular song ‘Tomaro Chokher Anginay’ made the music lovers happy in early 2000.

Starting his musical journey in 1986, Liton and his band ‘Steeler’ from Chattogram came into the spotlight through the ‘Benson and Hedges Star Search 2000’.

He is best known for his widely popular song ‘Tumi Ki Amay Ager Moto Basho Valo’ from the album ‘Mon Jole’, released in 2016.

The song was tuned by legendary singer-musician Ayub Bachchu, another Bangladeshi artist and rock legend from Liton’s hometown Chattogram.