China to make final trial of corona vaccine in UAE 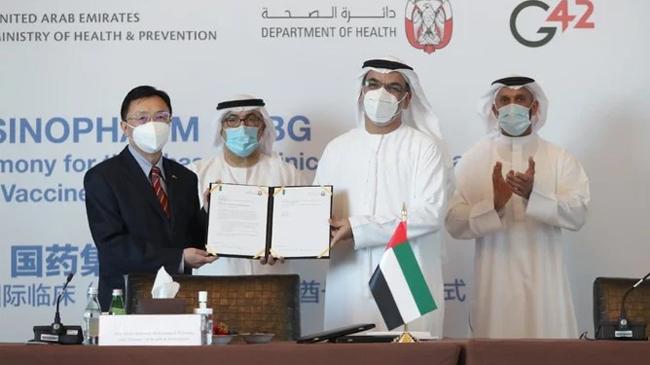 A Chinese company claimed to make final stage of human trials of corona vaccine in third phase which is first of its kind in the world.
Beijing-based China National Biotech Group (CNBG) will make the final trial of its vaccine in United Arab Emirates, according to official statement in WeChat. However the name of vaccine and time didn’t disclosed yet.

CNBG awarded approval on Tuesday and partner with Abu Dhabi-based artificial intelligence firm Group-42 to carry out the trial of the vaccine.
Researchers informed that CNBG is the first Chinese vaccine developer to proceed toward a Phase III trial to test whether the two shots it developed are effective against the pathogen.
The company will make the trial outside China as the infection in the country is reduced significantly in last couple of weeks. Officials claimed that the first two phases of trail experienced ‘good result’ as the patients gained antibody after receiving two doses of vaccine in 28 days.

Such trials involve thousands of participants and normally take place in countries where the virus is widespread, so that the vaccine can be observed in a real-life environment.

On December 31 last year, China alerted the WHO to several cases of unusual pneumonia in Wuhan, a city of 11 million people.
Meanwhile, over 9.2 million people across the world have been infected by the novel corona virus and 476 thousands have died, according to a tally by Johns Hopkins University till Wednesday.