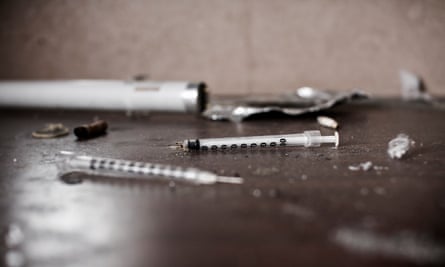 Treatment facilities for drug addicts are not sufficient against their huge number in the country though the government has taken zero tolerance against drug abuse.

Official data show only 199 beds in four drug addiction treatment centres are available for a total number of 7 million drug addicts in the country.

The matter has come to the fore during the International Day against Drug Abuse and Illicit Trafficking today.

Many said the authorities concerned have turned a blind eye to building hospitals amid the growing number of drug addicts.

The government has been trying to address the social menace for long, but its attempt seems to go in vain as different groups of people, especially youths, take drugs, resulting in deaths from serious diseases.

There are only four government-run treatment centres with only 199 beds, dedicated for the drug addicts, in four divisions — Dhaka, Rajshahi, Khulna and Chattogram.

An available record from the Department of Narcotics Control shows that the country has about 7 million addicts, who take drugs due to its availability in every nook and corner.

Amid such a grim situation, Bangladesh is going to observe International Day against Drug Abuse and Illicit Trafficking today as elsewhere in the world.

Sanjay Kumar Chowdhury, additional director general of the DNC, told the daily sun that the department sent a project proposal to the Planning Ministry to construct a 100-bed treatment centre in every district and 200-bed in each division.

“The proposal is expected to be passed soon. The construction work of the centres will begin within a year,” he said.

After the completion of the construction work, the treatment crisis will be resolved, he added.

The DNC also provides a data of 329 privately-run rehabilitation centres with 4,093 beds, which are appeared to be a cash cow for earning extra from the families of the addicts.

Some 57,522 drug addicts have received treatment from those centres in the last six years.

Relatives of drug addicts say as private centres charge huge amounts of money, it is not possible for them to receive treatment there.

It says some 29,990 individuals ran drug business in 2019 alone as they can earn hefty amount of money overnight.

Around 160,000 drug traders are operating their businesses across the country, the statistic said.

Of them, Yaba is mostly used in our country, which has become a headache over the last few years.

A number of drug dealers arrested recently have given the secret information to DNC officials.

According to the DNC, about 17.50 crore of Yaba tablets have been seized from various parts of the country from 2014 to May, 2020. Of those, over 31.17 lakh have been seized amid the Covid-19 pandemic from January to May.