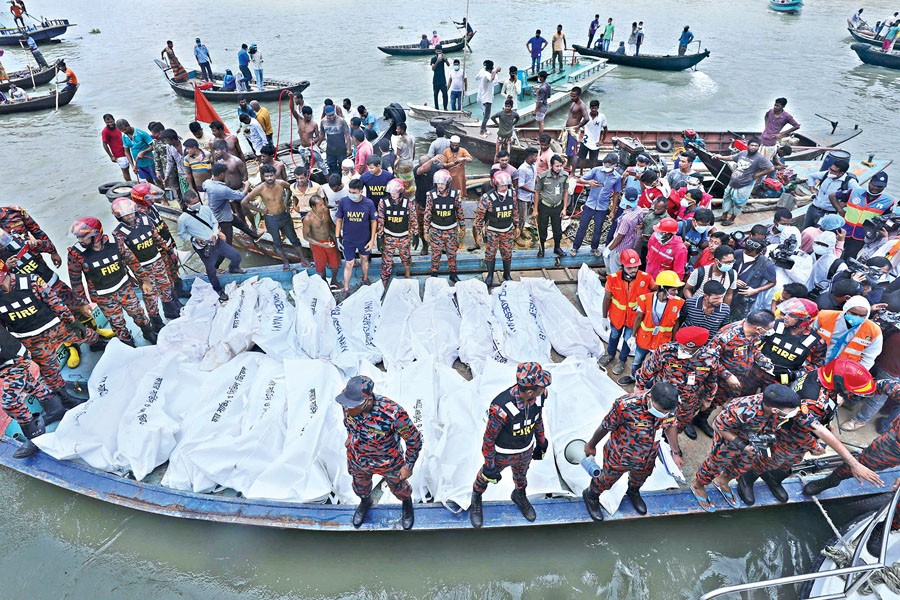 A case has been filed accusing seven persons in connection with capsize of a launch in the Buriganga river on Monday that left 32 people dead.

Cops filed the case with South Keraniganj police station early Tuesday accusing the people, including the owner of Mayur 2 launch Mosaddek Hanif Sowat, Assistant Superintendent of Police (Dhaka zone) Abul Kalam Azad of the river police said.
At least 32 people were killed when launch ML Morning Bird coming from Munshiganj sank in the Buriganga after another launch named Mayur 2 in reverse horrifically crashed into it near Farashganj Ghat in Dhaka on Monday.