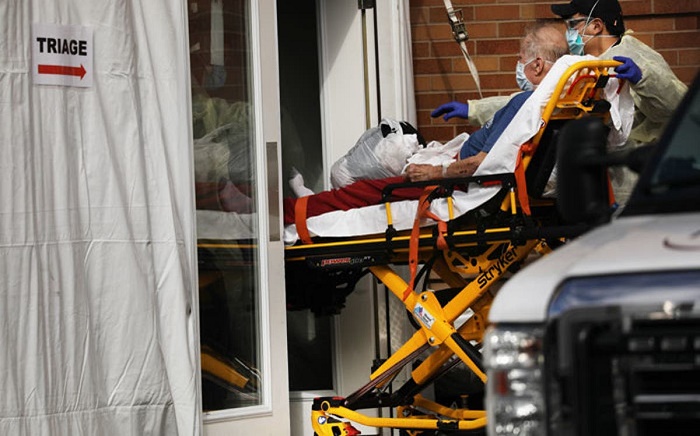 The United States posted a record 53,000 new coronavirus cases as the deadly pandemic accelerated across the Americas, but its slowdown in Europe led Britain to announce Friday the first exemptions to its quarantine rules.

With Europe looking to turn the page on the biggest public health crisis in modern history, travelers arriving into Britain from Germany, France, Spain and Italy will no longer be required to self-isolate starting July 10.
Touching almost every country on Earth, COVID-19 — the disease brought on by the virus — has hit at least 10.7 million people and killed 516,000 globally, shattering previously buoyant economies and bringing public life to a standstill.

Yet while much of the planet pursued a return to some semblance of normality, the United States soared past 50,000 new infections Thursday for the second time in two days, casting a grim pall over its upcoming Independence Day celebrations.

Now the epicenter of the pandemic, the country has recorded nearly 129,000 deaths out of more than 2.7 million cases. It’s expected to record its three millionth infection next week.

Florida, which now has more than 169,000 cases, is a key focus of public health experts who worry about a surge in southern and western US states.

In Texas, where more than 2,500 people have died, Governor Greg Abbott ordered people in counties with 20 or more cases to wear masks and banned gatherings of more than 10.
The move came after Texas reported nearly 8,000 new cases on Thursday, amid a record spike in infections that led to the governor largely halting the reopening program that started in early May.

States that reopened their economies the earliest and fastest after the pandemic struck — and against the advice of federal health authorities — are now experiencing the highest caseloads.

Florida and other so-called “Sun Belt” states have been forced to re-shut restaurants, bars and beaches as the nation braces for the July 4 weekend.

These include California, which has seen a 56 percent increase in hospitalizations over two weeks, Governor Gavin Newsom said.

But President Donald Trump, under fire for his handling of the crisis, highlighted positive jobs data that showed 4.8 million people were back to work in June.

“Today’s announcement proves that our economy is roaring back,” said Trump. “The crisis is being handled.”

But with some American governors now imposing 14-day quarantines on visitors from harder-hit states, the EU has begun reopening its borders. Residents of the United States, Brazil and virus-ravaged Russia are still being denied entry.

The World Health Organization warned on Wednesday that the pandemic was accelerating, with more than half of the world’s infections over the past half year recorded in June alone.

And the past week has seen new highs, with cases topping “160,000 on every single day,” WHO chief Tedros Adhanom Ghebreyesus said.

Cases have been skyrocketing across Latin America. Brazil, the region’s largest economy, has almost 1.5 million confirmed cases, second only to the United States.

The country’s “R number” — the average amount of people to whom the infected will pass the virus — was one a month ago but has since risen to 1.5.

Indigenous people across Latin America have been particularly hard hit due to weak immune systems and centuries of state neglect.

The Pan American Health Organization estimates at least 20,000 people are infected in the Amazon River basin, where some areas are only accessible by boat.

The PAHO has also warned that the death toll in Latin America and the Caribbean could quadruple to more than 400,000 by October without stricter public health measures.

In Europe, countries are trying to safely revive a struggling tourism sector by opening borders to 15 countries ranging from Algeria to Uruguay.

Travelers from China, where the virus first emerged late last year, will be allowed to enter the EU if Beijing reciprocates.

Outside the EU, countries in the Western Balkans which have so far been spared the worst of the virus are now seeing a new rise in cases.

After holding national elections and sporting events throughout June, Serbia on Thursday announced new restrictions on gatherings of more than five people in its four hardest-hit towns.

The country’s world number one tennis player Novak Djokovic, meanwhile announced he and his wife had tested negative for COVID-19 after catching an infection at a controversial tournament he organized in the region.

In the Middle East, deaths in Iran surpassed 11,000 on Thursday as the country records a rise in fatalities and cases following a low in early May.