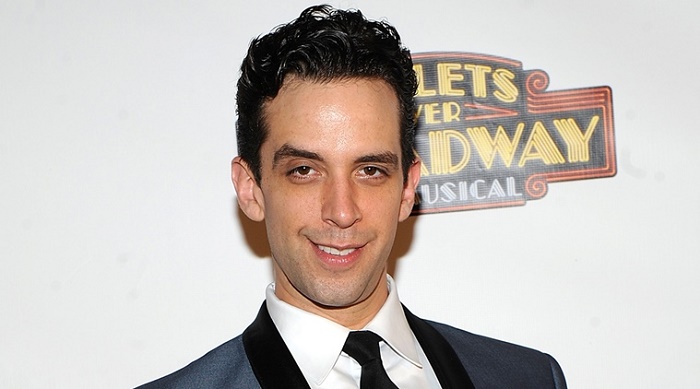 Broadway actor Nick Cordero, who was nominated for a Tony Award for his performance in “Bullets Over Broadway”, has died after a battle with the coronavirus, his wife, fitness instructor Amanda Kloots said. He was 41.

The actor, who spent weeks in the intensive care unit at the Cedars-Sinai Medical Center for the treatment of what initially was considered to be pneumonia, had a number of COVID-19 complications, which included him being put on ventilator, having his right leg amputated, losing more than 60 pounds.
He was looking forward to receive a double-lung transplant.

“God has another angel in heaven now. My darling husband passed away this morning. He was surrounded in love by his family, singing and praying as he gently left this earth,” the former Broadway dancer wrote.

Kloots, who had been updating about her husband”s health on social media since March, said her husband struggled with the infection for 95 days.

The couple, who met while working on “Bullets over Broadway” and married in 2017, share one-year-old son, Elvis.

“I am in disbelief and hurting everywhere. My heart is broken as I cannot imagine our lives without him. Nick was such a bright light. He was everyone”s friend, loved to listen, help and especially talk. He was an incredible actor and musician. He loved his family and loved being a father and husband. Elvis and I will miss him in everything we do, everyday,” Kloots wrote alongside Cordero”s picture.
Born in Canada, Cordero grew up in Hamilton, Ontario, and headed to New York for work.

In 2014, he was nominated for a Tony and a Drama Desk Award his role as Cheech in “Bullets Over Broadway,” a role that earned him a Theatre World Award and Outer Critics Circle Award.

The actor is also known for playing Earl, the husband, in the Broadway production of “Waitress” and the role of Sonny in the musical version of Chazz Palminteri”s “A Bronx Tale”.

Cordero and Kloots, relocated to Los Angeles, where he starred in the musical “Rock of Ages” in 2019.

“RIP Nick Cordero! My condolences to you Amanda who fought and loved so hard… so sorry for his little one. My heart is with you. May flights of angels,” Davis wrote on the microblogging site.

Gad said he was heartbroken.

“Along with the entire Broadway community and the entire world, I mourn the loss of the incredible Nick Cordero and send my sincerest love and prayers to @amandakloots, Elvis & and entire family,” the “Frozen 2” star said.

Braff said he had never met “a kinder human being” than Cordero.

“Don”t believe that Covid only claims the elderly and infirm. I am so grateful for the time we had. ”We”ll catch up some other time”,” he tweeted.

The “Scrubs” star said the late actor “fought as hard as he could”.

“Hamilton” actor Inglehart said Cordero was a wonderful man who will be missed.

“A wonderful husband. The happiest dad I knew. A good friend to me. My love & prayers go out to your family #NickCordero,” he said.

“Sending thoughts of love and support to @amandakloots and the family of #NickCordero. With the #Broadway community already struggling with the economic effects of #coronavirus, this is even more heartbreaking. Rest In Peace,” tweeted Kim.

“We are so sad to lose our friend and ”Bronx Tale” family member. He fought this virus with all his might. Our love and prayers to Nick”s wife Amanda and his son Elvis. #RIP dear #NickCordero and keep everyone dancing!” said Rosenthal.