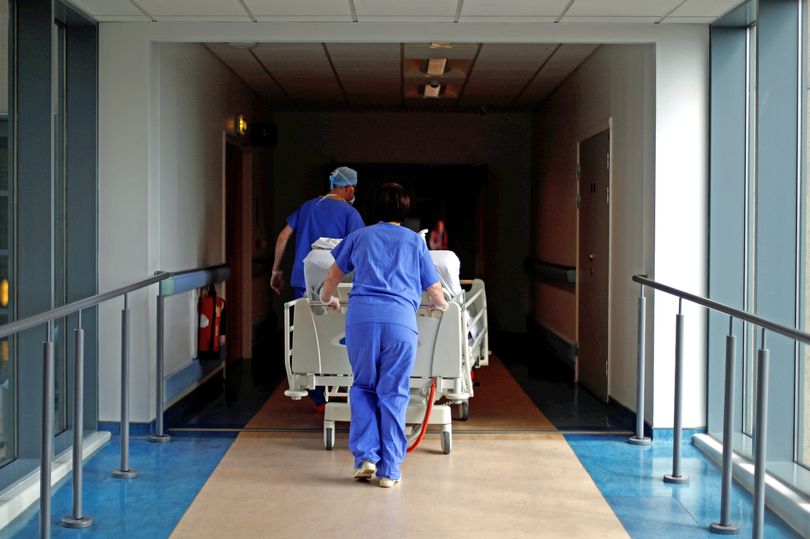 A further 16 deaths involving coronavirus have been recorded by the Department of Health in the last 24 hours.

The death toll now stands at 44,236 – up from 44,220 the previous day and the second lowest daily number of national deaths since lockdown began.

The lowest was June 22 when 15 UK deaths were recorded.

Today’s figures are down from last Monday’s daily increase in deaths of 25.

A further 352 people have tested positive for the virus bringing the total number of confirmed cases to 285,768 from 285,416 at the same point yesterday.

The number of cases is also down compared to last Monday’s 815.

More than 10.6 million tests have now been carried out in the UK including 143,457 yesterday. 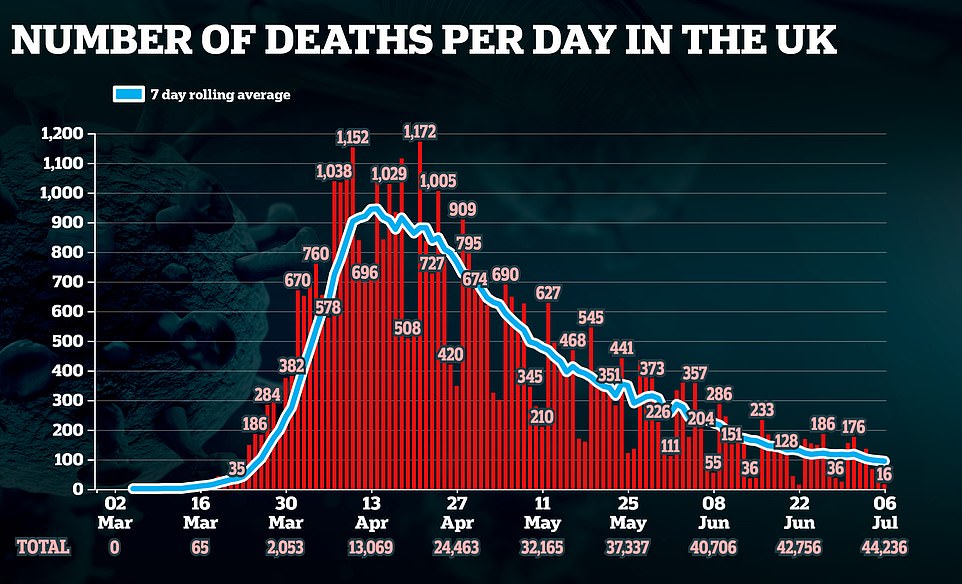 A further 15 people who tested positive for coronavirus have died in hospital in England, bringing the total number of confirmed reported deaths in hospitals to 28,904, NHS England said.

Patients were aged between 42 and 93 years old and all had known underlying health conditions.

The daily number of hospital admissions of people with coronavirus has also dipped to single figures in most regions of England.

In all these regions except South West England, these were the lowest daily totals for Covid-19 admissions since mid-March.

In Scotland, no new coronavirus deaths have been reported in Scotland in the last 48 hours, First Minister Nicola Sturgeon said.

A total of 2,488 patients have died in Scotland after testing positive for coronavirus, Ms Sturgeon said, giving figures for a two-day period as death figures could not be reported on Sunday for technical reasons.

They recorded eight new cases, bring the current total to 15,898.

No new deaths have also been recorded with Covid-19 in Northern Ireland, the Department of Health said.

Another nine positive cases have been notified since Friday.

The government figures do not include all deaths involving Covid-19 across the UK, which are thought to have now passed 55,000.