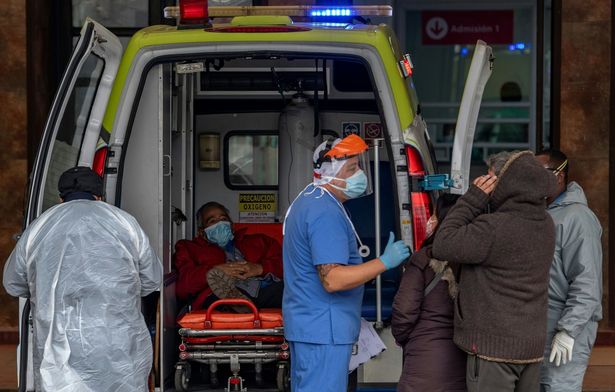 The UK coronavirus death toll has increased by 155 in a large rise from yesterday’s low of just 16, the latest official figures released today show.

The official death toll across all settings is now at 44,391 in the latest figures from the Department of Health today. This includes hospitals, care homes and the community.

Today’s reported death toll of 155 is the exact same figure as last Tuesday.

While 171 new fatalities were reported the previous Tuesday, June 23.

Today’s death toll is also 21 more than the lowest death toll recorded on a Tuesday, which was on May 26 when 134 people died.

Across the four home nations, England is by far the worst affected for deaths caused by Covid-19, with 39,815 as of today.

Earlier today, the figures for deaths in hospital settings only showed a further 40 fatalities, which is the lowest rise on a Tuesday during lockdown.

Yesterday’s reported rise of 16 deaths was the second lowest daily death toll in the UK since lockdown began, and just one more than the lowest daily rise of 15, on Monday, June 22.

And yesterday the figure for the number of new cases reported in 24 hours was 352.

Today, England reported 36 new fatalities in hospitals, Wales had three, Scotland recorded one and Northern Ireland had no new deaths. 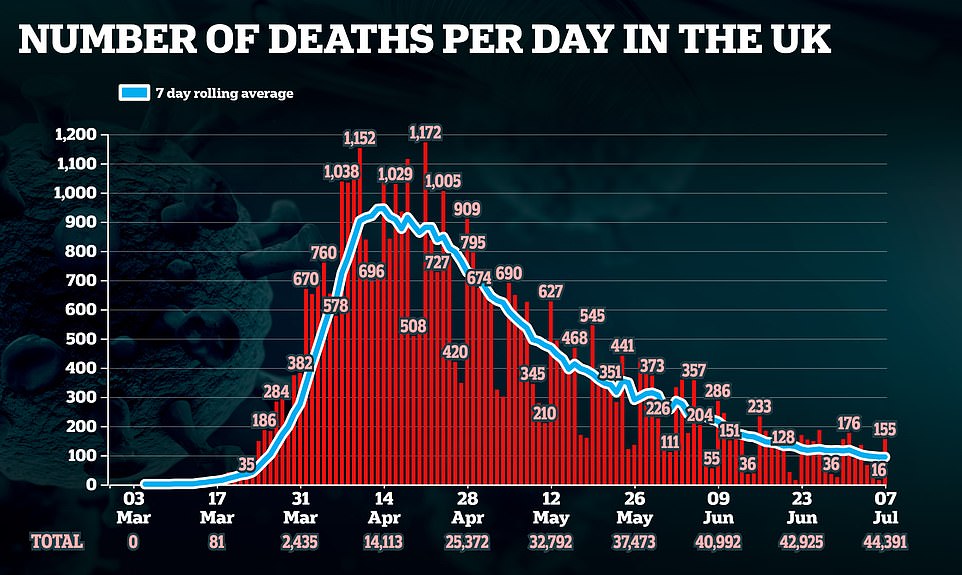 NHS England reported 36 new fatalities in its hospitals, taking its total to 28,940.

The latest victims were aged between 53 and 98. Two patients, aged 83 and 85, had no known underlying health conditions.

Every region in England recorded at least one new death, with the highest total in the North West (14) and the lowest in the South West (1).

The breakdown by region is as follows:

For the sixth week running, the number of deaths involving Covid-19 was highest in the North West.

Public Health Wales said today a further three people had died after testing positive for Covid-19, taking the total number of deaths to 1,534, while the total cases recorded in Wales increased by seven to 15,900.