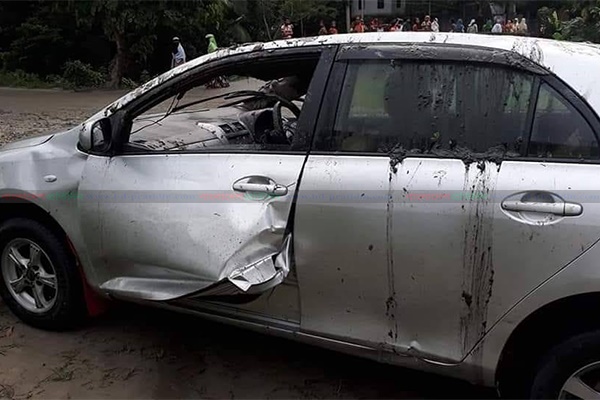 A man, his wife and their 12-year old grandson were killed as a private car plunged into a roadside ditch at Kajirkona area in Doudkandi of Cumilla on Tuesday.

The deceased were identified as Sirajul Islam,80, his wife Jahanara Begum, 70 and their grandson Abu Bakar Siddiki.
Three people including a child died on the spot when a Chandpur-bound private car from Dhaka fell into the ditch today, Officer-in-Charge of Doudkanid Police Station Rafiqul Islam said.

The dead bodies were handed over to the family members of the deceased, he said.