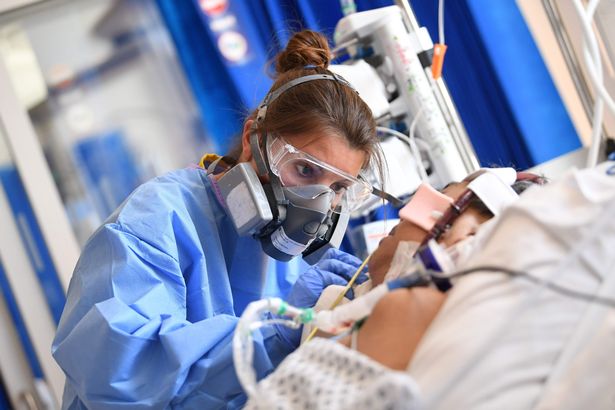 This is the lowest daily reported death toll on a Wednesday since lockdown began, and 29 down on yesterday’s total of 155.
The official death toll across all settings is now at 44,517 in the latest figures from the Department of Health today. This includes hospitals, care homes and the community.

Last Wednesday’s death toll across all settings was 176 and the Wednesday before that was 154, suggesting the midweek death tolls remain stubbornly stable, after Monday saw the second lowest daily toll since lockdown began, with just 16 reported.

By contrast, Wednesday, April 8 saw 938 deaths reported in 24 hours across the UK.

Across the four home nations, England is by far the worst affected for deaths caused by Covid-19, with 39,936 as of today – an increase of 121.

Earlier today, the figures for deaths in hospital settings showed a further 47 fatalities, the biggest rise for a week but the lowest toll on a Wednesday since lockdown began. 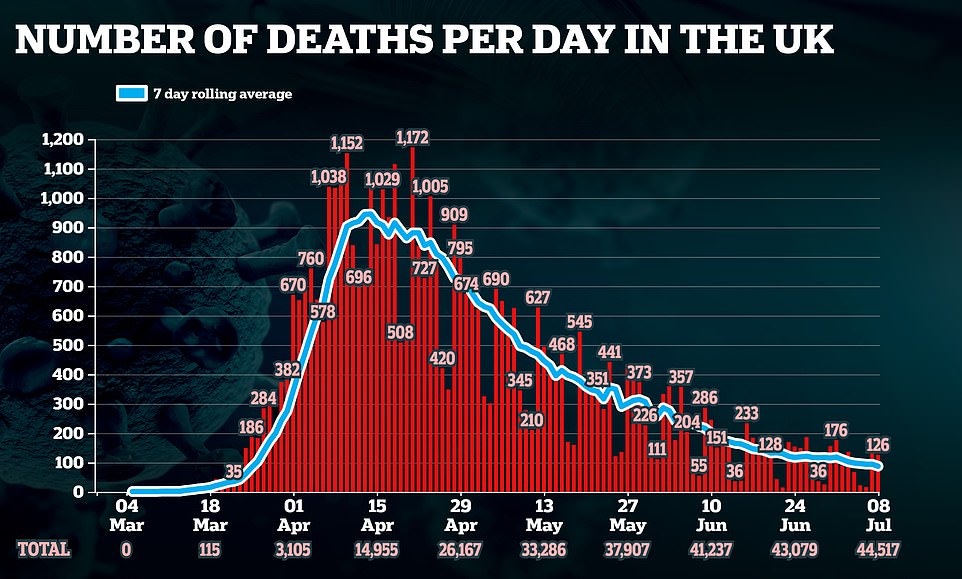 The UK’s true death toll is believed to be more than 10,000 higher than reported by the Government, at least  55,398 as of Monday, based on death certificates mentioning Covid-19 as a cause.

In UK hospitals, England recorded 42 new deaths in the last 24 hours, Wales recorded four, there was one more fatality in Scotland and none in Northern Ireland.

The Midlands in England was worst hit, with 13 new hospital deaths recorded.

The Wales Covid-19 death toll has reached 15,913 with thirteen more testing positive bringing the total to 15,913.

With no new deaths in Northern Ireland the total number of people who have died remains at 554.

Another four positive cases have been notified since Tuesday, bringing the total confirmed cases in the region to 5,765.

Coronavirus is likely to have brought forward some deaths of older and vulnerable people which could prompt a period of below-average deaths, the Office for National Statistics said.

The elderly and those with pre-existing health conditions have been hardest hit by the pandemic.

Caroline Abrahams, charity director at Age UK, said the deaths of older people during the pandemic have been “catastrophic”.

She said: “These most vulnerable people have been at the biggest risk to the virus and should have been better protected on all levels.

“It would be good to think that the number of deaths will fall over the coming months but we must remain cautious and make sure that our most vulnerable are protected in case there is a resurgence of the virus late in the year.

“To do this the Government needs to refinance and reform social care so that older people at home and in care homes are safe and adequately cared for. “