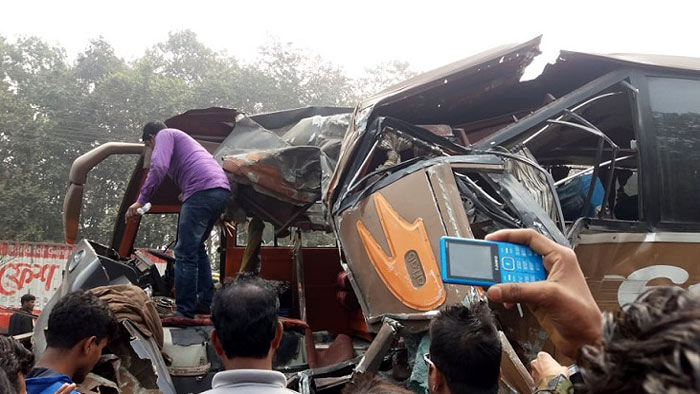 At least 368 people were killed and 518 were injured in 358 road accidents across the country in June, 2020, said Bangladesh Jatri Kalyan Samity, a passengers’ welfare platform, on Sunday.

Of the road accidents’ dead victims, 116 were drivers, 98 were pedestrians, 46 were transport workers, 19 were students, eight were political activists, seven were teachers, five were law enforcement agencies’ officials and two were Bangladesh Border Guard members, the report added.