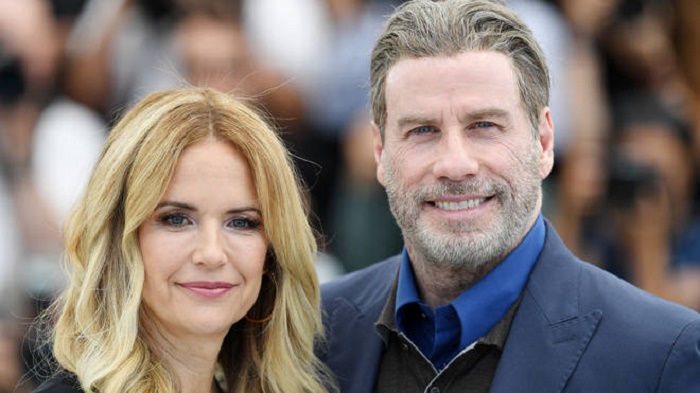 Travolta posted on Instagram: “My beautiful wife Kelly has lost her two-year battle with breast cancer. She fought a courageous fight with the love and support of so many.”
The couple had been married for nearly 29 years. Preston’s career included roles in Twins, From Dusk Till Dawn, Jerry Maguire and The Cat in the Hat.

She also collaborated with her husband on Battlefield Earth and Gotti.

In his post, Travolta thanked the health workers who had looked after his wife “as well as her many friends and loved ones who have been by her side”.

“I will be taking some time to be there for my children who have lost their mother, so forgive me in advance if you don’t hear from us for a while. But please know that I will feel your outpouring of love in the weeks and months ahead as we heal. All my love, JT”.

The couple’s son Jett Travolta died at the age of 16 in January 2009 from a seizure during a family holiday in the Bahamas.

They have two other children, Ella Bleu and Benjamin.
Her daughter wrote on Instagram: “I have never met anyone as courageous, strong, beautiful and loving as you.”

A family representative told People magazine that she wanted to keep her cancer diagnosis private.

“She had been undergoing medical treatment for some time, supported by her closest family and friends,” the family rep says.

“She was a bright, beautiful and loving soul who cared deeply about others and who brought life to everything she touched. Her family asks for your understanding of their need for privacy at this time.”

Born Kelly Kamalelehua Smith in Honolulu, she changed her name to Kelly Preston before securing her first film role in the 1985 romcom Mischief, then appeared in another teen comedy, Secret Admirer.