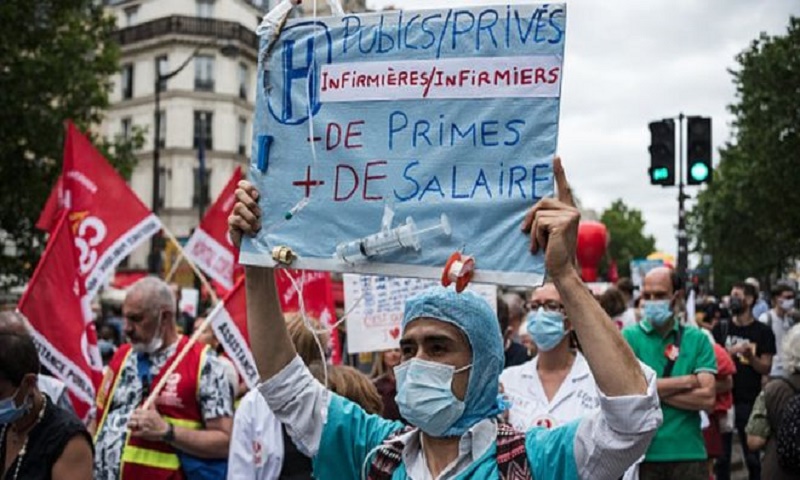 The French government has agreed to give pay rises worth €8bn (£7.2bn; $9bn) to health workers, as it hailed their role in fighting coronavirus.

The deal was signed with trade unions on Monday after seven weeks of fraught negotiations.
Health workers have been revered as heroes during the pandemic with regular displays of public appreciation.

But they wanted more than recognition and have held protests to demand pay rises and better funding for hospitals, BBC reported.

Some demonstrators were fined for breaking social-distancing rules. More than 200,000 infections and 30,000 deaths have been recorded in France, one of Europe’s worst-hit countries.

Now the government has reached an agreement on pay that will see the wages of health workers rise by €183 a month on average.

The agreement, which most trade unions have signed up to, was hailed by the new French Prime Minister, Jean Castex, as a “historic moment for our health system”.

2020-07-14
Mr. Admin
Previous: England to back Buttler, but Denly in the firing line
Next: Winter wave of coronavirus ‘could be worse than first’