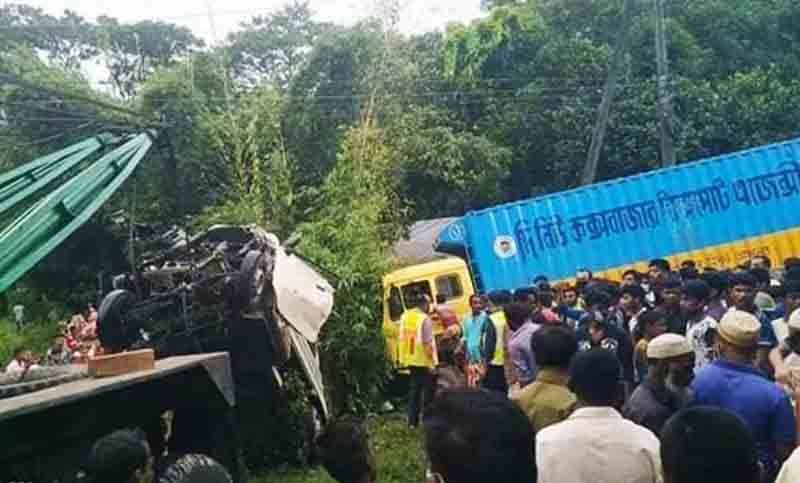 Six people were killed and four others injured following head- on collision between a covered van and human hauler in Burir Dokan area of Chakaria upazila of Cox’s Bazar on Wednesday evening.

Four of the deceased are—Badiul Alam, 50, a resident of Harbang Nun Bazar area, Foraz Ahmed, 32, of Konakhali of the upazila, Amin. 48, a resident Lama upazila in Bandarban, and Minar Uddin, 23, of Amirabad area of Lohagara upazila of Chattogram district.
Md Anisur Rahman, in-charge of Chiringha Highway Police Outpost, said that the accident took place on Chattogram-Cox’s Bazar highway when the covered van collided with the human hauler (locally named as Charpoka), leaving six passengers of the human hauler dead on the spot and four others injured.

After the collision, both the vehicles fell into a roadside ditch.

On information, Police recovered the bodies.

Besides, the injured were sent to Chattogram Medical College Hospital.