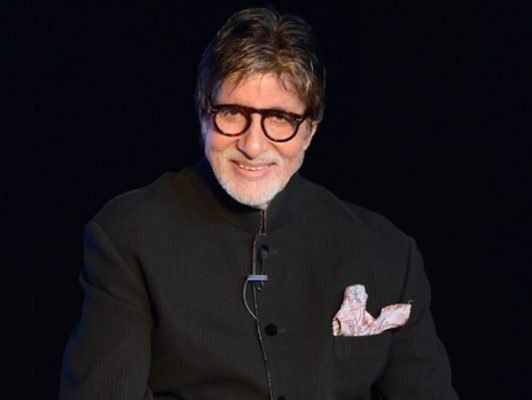 Bollywood megastar Amitabh Bachchan, who is undergoing treatment for Covid-19 at the isolation ward of the Nanavati hospital in Mumbai, has opened up about how not seeing a human being for weeks can affect the mental state of the patient. He revealed that he utilises the opportunity to sing in darkness.

He wrote in his blog, “In the darkness of the night and the shiver of the cold room , I sing .. eyes shut in attempted sleep .. there is no one about or around .. and the freedom to be able to do that will extend I know if in the Will of the Almighty there is release ..”
He went on to talk about the lesser known side effects of treatment for the novel coronavirus which requires a person to spend weeks in complete isolation. He said that though the nursers and doctors visit him in the ward, he doesn’t get to see their faces since they are always covered in PPE kits.

He wrote, “The mental state sparks from the stark reality that the CoViD patient , put in hospitalised isolation , never gets to see another human .. for weeks .. There are the nurses and the doctors on visit and medicine care .. but they ever appear in PPE units .. you never get to know who they are , what are their features, expressions because they are forever covered in the units for protection .. all white beings about .. almost robotic in their presence .. they deliver what is prescribed and leave .. leave because longer stay has the fear of contamination.”

The actor mentioned that the doctor under whose guidance the treatment is being carried out, never lends that “hand of assurance”, he rather talks to the patient via video call which is “the best under the circumstances” but still impersonal, Hindustan Times.

Talking about the after effects of coming out of weeks in isolation, he went on to share, “…does it have an effect psychologically mentally , psychologists say it does .. patients after release are tempered .. they are given to consultation with professional mind talkers .. they are afraid to be in public for fear or apprehension of being treated differently .. treated as one that has carried the disease .. a pariah syndrome .. driving them into deeper depression and in the loneliness that they have just come out of .. And even though the disease may have left the system the cases of a low fever pursuing for 3-4 weeks is never ruled out ..”

Sharing his amazement on how things have changed during the coronavirus pandemic, Amitabh wrote, “The World has not found a fool proof methodology on the disease .. every case is different .. each day a new symptom is under observation and research .. Never before has the medical realm been so handicapped .. not just one or two regions .. the entire Universe .. Trial and error were never in such great demand than now ..”