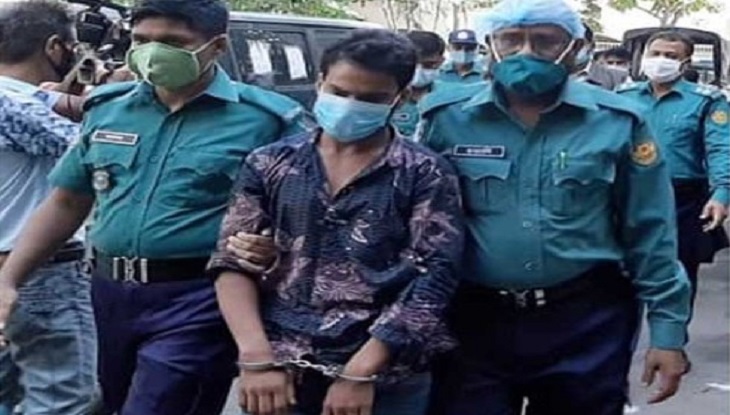 Three persons who were arrested in connection with the blast inside Pallabi Police Station in the capital were placed on 14-day remand each by a Dhaka court on Thursday.

Metropolitan Magistrate Mainul Islam passed the order after hearing a petition filed by law enforcers in connection with two cases under the illegal firearms and explosives law.
The suspects, identified as Shahidul Islam, 23, Rafiqul Islam, 40, and Mosharraf Hossain, 26, were arrested during a raid near Kalshi graveyard at Pallabi in the city on Wednesday.

Law enforcers seized two pistols, four bullets and a device that looked like a weighing machine.

DMP Commissioner Shafiqul Islam said that the arrestees, during the interrogation, revealed that the device had a bomb inside. The bomb disposal unit inspected the device but the explosive went off before a second team of specialists could arrive.

Mentionable, earlier on Wednesday morning, a bomb exploded with a big bang in Pallabi police station in the city, leaving four policemen and a civilian wounded.