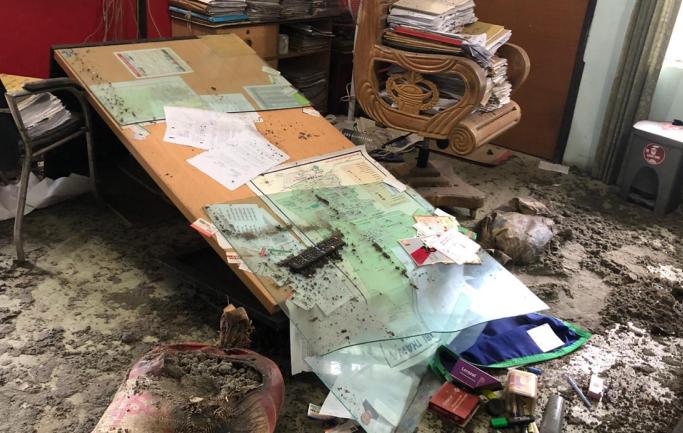 A committee has been formed over Wednesday’s blast inside Pallabi Police Station that left five — including four policemen — injured.

The body will gather details regarding the bomb blast, determine the nature of the bomb and find its source.

The committee has been asked to submit its report to DMP Commissioner Shafiqul Islam within three working days.

Earlier on Wednesday morning, a bomb exploded with a big bang in Pallabi police station in the capital, leaving four policemen and a civilian wounded.

Later, US-based terrorism analysts SITE Intelligence Group, in a tweet last night, said IS claimed credit for the blast but police ruled out the involvement of any militant outfit.