4 of a family among 8 killed in Sylhet, Gaibandha road accidents 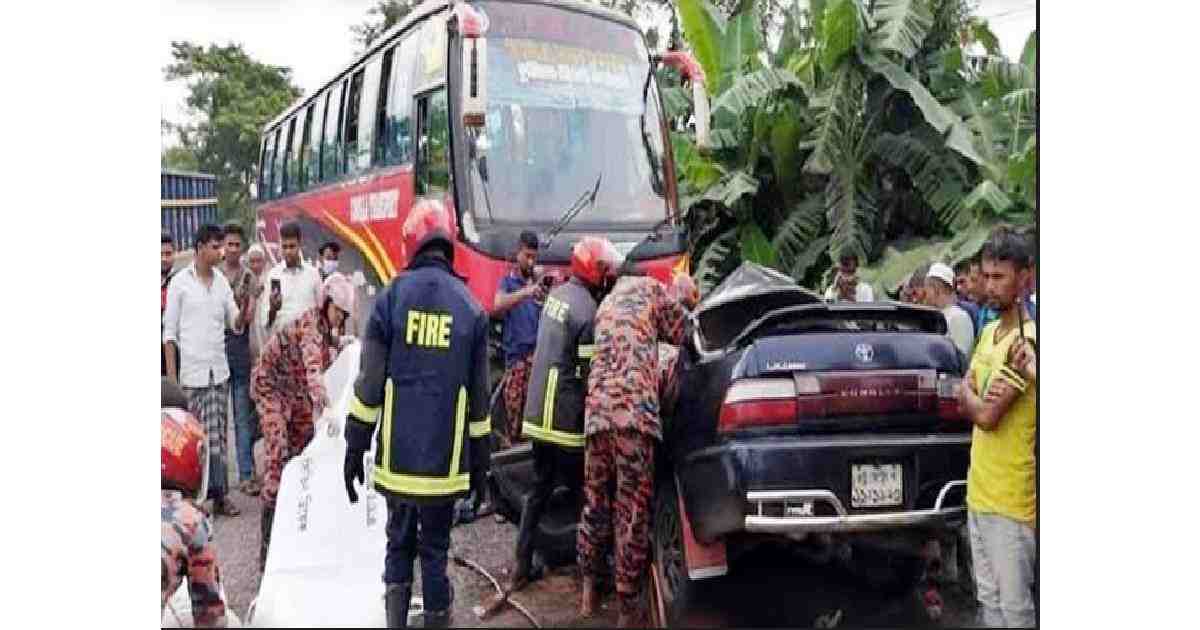 Eight people, including four of a family, were killed and seven others injured in separate road crashes in Sylhet and Gaibandha on Friday.

In Sylhet, five people, including four members of a family, were killed and another injured after a bus hit a private car on Dhaka-Sylhet Highway at Boraya Chanpur in Osmaninagar upazila.

The deceased were identified as Swapan Kumar Das, his wife Lovely Rani Das and their two children — Saj and Sajon of Dirai upazila in Sunamganj and private car driver Hashem.

They were going to their village home.

Another child of the couple Sourav was injured in the accident and was undergoing treatment at Sylhet Osmani Medical College Hospital.

The accident took place around 5:30am when a Cumilla-bound bus of ‘Cumilla Transport’ hit the Sylhet-bound private car. Five people died on the spot and one was injured, said Mainul Islam, officer-in-charge of Sylhet Highway Police.

On information, a firefighting unit went to the spot and recovered the bodies and sent those to local hospital morgue.

In Gaibandha, three people were killed and six others were injured in a head-on clossion between a covered van and private car on Dhaka-Rangpur Highway at Nundah Bridge point in Gobindaganj upazila.

The deceased were identified as Shahed Mia, 40, Kajal Mia, 32, of Pirganj upazila and Shakil Islam, 56, of Gangachara upazila of Rangpur.

Enamul Haque, deputy director of Gaibandha Fire Service and Civil Defense, said the accident took place in the morning when the covered-van loaded with tiles hit a private car, leaving three dead on the spot and six others injured.

All the victims are from the covered-van.

2020-07-31
Mr. Admin
Previous: How Fitbit devices can help detect the spread of Covid-19
Next: Coronavirus infections rising in England