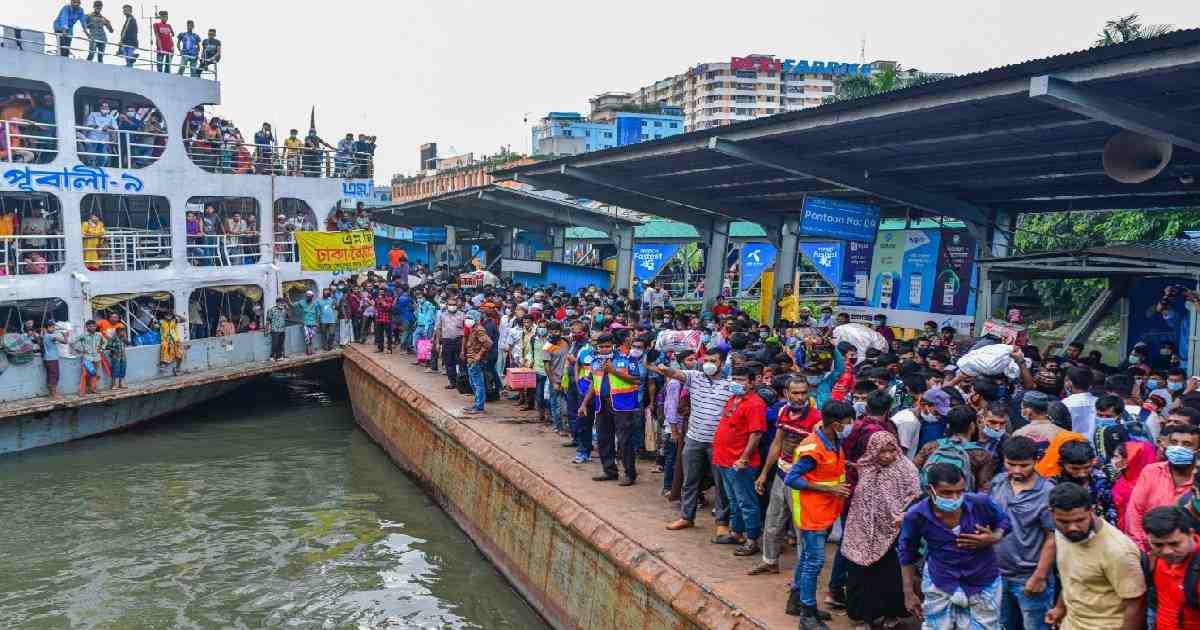 Covid-19 pandemic has presented the world with some unprecedented situations and brought about some previously unthinkable changes to people’s lives. Similarly people have been forced to rethink some of the old, set ways of doing some things; things we could take for granted just 6 months ago, may not survive the scrutiny today in a new light.

The inevitable, mad rush of homebound people leaving their adopted city to go home to their families for the Eid holidays is a fixture of the calendar every year, twice. But the year of the Pandemic has evidently forced many to rethink their usual holiday plans.

Although no accurate numbers are available that quite capture the precise breadth of the exodus each time, in recent years the number has been estimated anywhere between 5-8 million by law enforcement agencies with an eye on the entry/exit points.

Eid-ul-Azha, the second largest religious festival of Muslims, will be celebrated in the country on August 1 (tomorrow).

Overshadowed by the Coronavirus, everything has changed this year. An exodus has occurred, but it was a rather tragic one, as a large number of lower-middle class people, mostly internal migrants and day labourers, were forced to leave the expensive city as the lockdown to tackle the virus took away most of their job opportunities.

For those who remain, making the journey home is now viewed not just as a risk but a hassle, what with the need to remain vigilant about maintaining social distancing and other health guidelines. Moreover, people hailing from around 31 districts have also been forced to abandonb any plans of going home due to the floods.

Despite all glitches the passengers who chose to leave the city were seen carrying personal hand sanitizers and wearing face masks at major bus terminals on Thursday.

After visiting Gabtoli bus terminal, correspondent found very few number of commuters compared to previous years while prices of bus tickets were on fire as bus authorities were maintaining “two seats per passenger” to allow for social distancing as per the government directive.

Md Shovo, a counter master of Hanif Enterprise, of Gabtoli bus terminal, said “Though we have to carry passengers almost less than half of the capacity, the numbers of homebound passengers are also not satisfactory.”

Sohanur Rahman, a counter master of Diganta Paribahan, was hopeful that the number of homebound people may increase at midnight and continue to rise till Friday evening.

Meanwhile, a number of motorbike riders were seen carrying passengers for the Aricha-Paturia ghat.

Opposite picture appeared at Sadarghat Launch terminal, where every launch was seen crowded with passengers on Thursday evening.

This year, Bangladesh Railway (BR) took an initiative to sell all of its tickets online through their mobile app and website. But, there was no rush of passengers seen in the Kamalapur railway station compared to previous years.