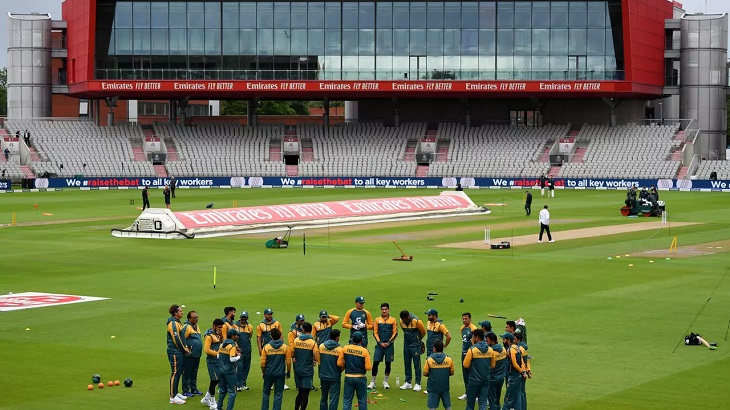 Pakistan captain Azhar Ali won the toss and elected to bat in the first Test against England at Old Trafford on Wednesday.

Although the Manchester skies were overcast, Azhar told Sky Sports: “Obviously the overhead conditions will help the bowlers but we were very clear in our heads that we want to bat first.

“Because of the composition of the team, we wanted an all-rounder which also means we’ll have two leg-spinners.

“Coming to England will always be a challenge but we are up for it and want to make sure we go positively, start well and take it on from there.

“It’s great to be back playing cricket and that people can watch at home during these tough times.”

England were unchanged from the side that won the third Test against the West Indies by 269 runs to complete a 2-1 series victory in a campaign that marked international cricket’s return from the coronavirus lockdown.

By sticking with the same side England again opted to play four specialist seamers with fitness doubts over Ben Stokes, who didn’t bowl in the West Indies finale because of a quad injury, again effectively playing as a specialist batsman.

“We’re looking to make the most of the overhead conditions, even though we would have batted first too,” said England captain Joe Root.

“Ben is still not 100 percent fit to bowl and his batting is so valuable to us, and there’s so much cricket left to play this summer, we didn’t want to take the risk.”

England have lost the first match in each of their last five Test series and Root said: “We want to get ahead of the game early and drive it from there.”

Pakistan opted for a balance of three seamers and two spinners in their attack with leg-break bowlers Shadab Khan and Yasir Shah both included in a match that marks their first Test since February when a series against Bangladesh was cut short by COVID-19.

This is the first of a three-match series.

Pakistan have not lost a Test series against England since 2010, and have drawn their last two in England.