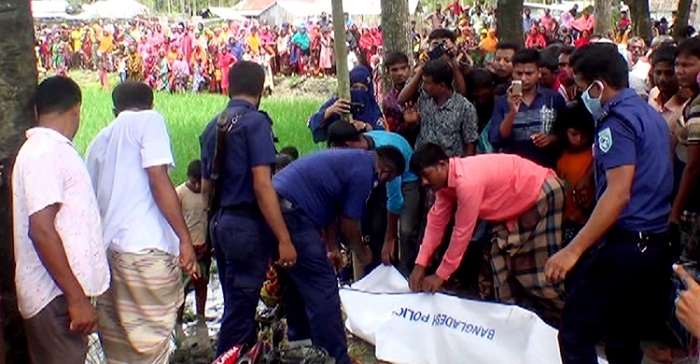 A man and his sister-in-law were killed after a truck hit their motorcycle beside Andharijhar Baazar in Bhuringamari upazila of Kurigram on Thursday morning.

The deceased were identified as Shahjahan, 30, son of Abdul Majid, hailing from Hajir Mor in Rayganj area of Nageshwari upazila and his sister-in-law Najma Akter, 20, daughter of Nurul Islam, from Balditari area of Nageshwari Municipality.
Quoting locals police said that the truck from kurigram hit the Bhuringamari-bound motorcycle on which Shahjahan and Najma were riding on Kurigram- Bhuringamari highway at 10:30 am, leaving them dead on the spot.