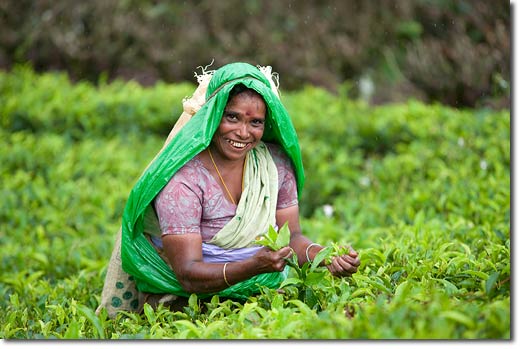 The coronavirus pandemic has not negatively affected tea export, which more than doubled in the first seven months of 2020 compared to that in the previous two years.

Meanwhile, the tea industry has started to turn around after getting over the shock of the virus. Tea sales have started picking up in the domestic market. After being closed for a month, the auction has also started at the tea auction centre at Srimangal in Sylhet.

Exporters said export figures would exceed the statistics of the last ten years if the trend continued.
According to data from the Bangladesh Tea Board, the country exported 15.1 lakh kilogrammes of tea worth Tk21.032 crore from January to July this year, up from six lakh kilogrammes last year and 6.5 lakh kilogrammes the year before.

The board’s Secretary Kula Pradip Chakma told that the country had produced more tea than domestic demand last year, and that was why exports this year had risen compared to that in previous years.
“Last year, domestic demand for tea was 952 lakh kilogrammes, while production was 960.7 lakh kilogrammes.”
MM Ispahani Ltd, Abul Khair Consumer Products Ltd, Kazi and Kazi Tea Estate Ltd and Halda Valley Tea Estate Ltd are among the companies that export tea, according to the tea board.

Tasbir Hakim, deputy manager at Ispahani Tea Ltd, said his company mostly exports tea to Pakistan and to the US.
There are other companies that export to the Middle Eastern countries and to New Zealand, he said. Tasbir described the increase in tea export during the pandemic as a positive sign for the sector as the crisis had hit other export items.

He said exports might have risen further if there was no pandemic.

The director of Purba Bangla Brokers Ltd, Arifur Rahman, said there was a time when Bangladesh had to import tea to meet its local demand, but the country now produces the beverage in massive volumes.
“We are exporting tea to many different countries after meeting local demand. The export volume will grow if production increases further,” he said.

Bangladesh exports black tea and green tea, with the former claiming the majority share, he added.
The government has undertaken several initiatives to increase tea production in the country. For example, the tea board is encouraging small farmers to grow tea.

At present, in addition to 167 tea gardens, 5,000 small farmers are involved in growing tea, which has been beneficial to the sector.

“Tea produced in our garden is exported to various countries. The beverage can play a positive role in the export sector if tea garden owners increase production in addition to meeting local demand.”

The 4th auction of the season was held at the Srimangal tea auction centre on Wednesday, when 91,000 kg of tea was sold. Sellers said they received good prices, adds our Sylhet correspondent.

Meanwhile, tea sales have also increased in Chittagong after the shutdown.

Despite the risk of infection, production in the tea gardens continued during the pandemic so that the tea industry suffers no damage.

However, the labour-intensive industry has not been able to avoid the effects of this global epidemic. Both the sale and price of tea fell due to the virus. As a result, garden owners plunged into dire straits. They had to struggle to bear the expenses of maintaining the gardens.

The tea market has recently started to return to normal after a four-month slump. With the gradual opening of offices, courts, hotels and restaurants, the sale of tea has increased in the domestic market. It has also affected the tea auction.

Abdul Jabbar Sebul, assistant manager of a tea garden in Habiganj owned by Finlay Tea, said this season, 35-40 percent of their company’s tea was unsold at every auction. Due to this, the development and expansion of the tea gardens has been stalled this year.

Meanwhile, despite last year’s record production of tea, this time the production decreased due to unfavourable weather.

Owing to the long drought in the tea production season, the yield has decreased by about 40 percent, said the people concerned.

It is known that there is a demand of about nine crore kg of tea in the country every year. Most of the customers are hotels and restaurants. These were closed since last March. As a result, sales of tea in auctions had declined. Besides, the tea auction at Srimangal was closed as distant buyers did not come due to the risk of infection.

The entire 91,000 kg of tea that was put on auction on Wednesday has been sold.

Tea Planters and Traders Association of Bangladesh Member Secretary Jahar Tarafdar said in the first three auctions of Srimangal, 20,000, 33,000 and 55,000 kg of tea were sold respectively.

“Tea has also been sold at a maximum of Tk265 per kg in Wednesday’s auction. In previous auctions, the price of tea did not go above Tk250 per kg,” he added.

He said, “We had planned to hold 20 auctions in Srimangal this year. The target may not be met. But from now on there will be regular auctions.The next auction will be held on August 19.”

Bangladesh Tea Parliament Sylhet Valley President GM Shibli said this time there is a three-pronged crisis in the tea industry-declining production, declining sales and not getting good prices. The first is due to weather and the other two are due to the coronavirus.

“Production at gardens in our valley has dropped by about 40 percent. And sales were down 60 percent. Most of the tea brought for auction had to be taken back. They would not have been sold.”

2020-08-07
Mr. Admin
Previous: Hopeful of bringing back another Bangabandhu’s killer in Mujib Barsho: FM
Next: Nuclear Weapons in the 21st Century

SUST to include Bangabandhu’s March 7 speech in Syllabus

Coronavirus cases stand at 11,853 in Sylhet