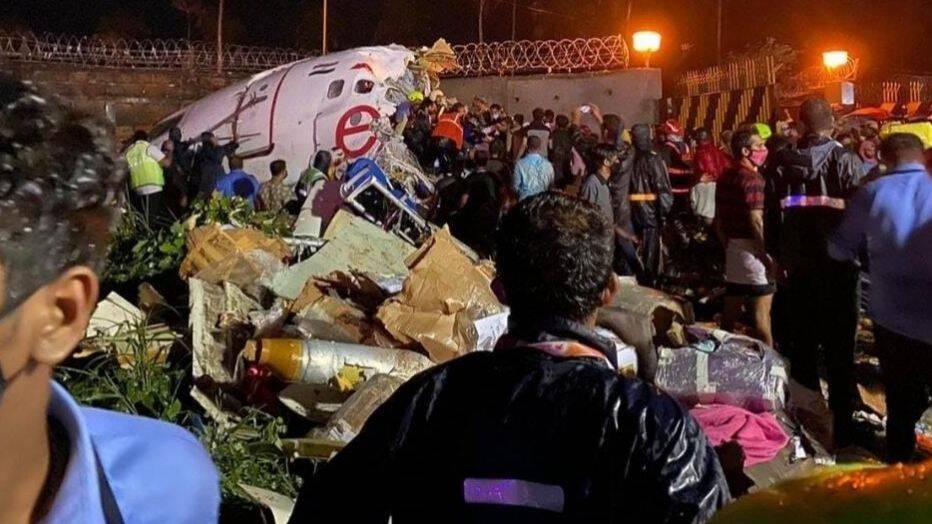 An Air India Express plane with 190 on board from Dubai overshot Karipur’s table top runway and dropped about 35 feet into a deep gorge on Friday evening left 20 people dead, Officials said.

The pilot Captain Deepak Vasant Sathe and the co-pilot among the dead in the accident and over 140 more are injured, some of them seriously.

Aviation regulator Directorate General of Civil Aviation (DGCA) said it was raining heavily when pilots of the Boeing 737 plane from Dubai tried to land. According to reports, the plane continued to run at a high speed and skidded off the runway when the pilots tried to stop it.

The regulator said after landing at Runway 10, the plane continued running till the end of the runway and fell into the valley and broke into two portions.

The accident took place at about 7:40 pm.

The flight from Dubai was a repatriation flight carrying Indian citizens back to the country under the Vande Bharat Mission, meant to bring home stranded people from other countries amid the Covid-19 pandemic. Regular commercial flights have been halted in India because of the coronavirus outbreak.

Officials said the plane did not catch fire or the casualties would have been higher. 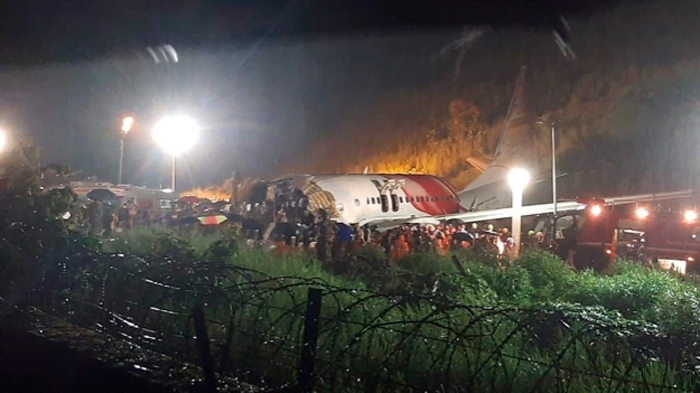 Home Minister Amit Shah, who is recuperating at a Gurugram hospital, ordered National Disaster Response Force teams to rush to the airport to help with the rescue operations.

Prime Minister Narendra Modi, who expressed his pain at the tragic accident, picked up the phone to speak to Kerala chief minister Pinarayi Vijayan. “My thoughts are with those who lost their loved ones. May the injured recover at the earliest. Spoke to Kerala CM @vijayanpinarayi Ji regarding the situation. Authorities are at the spot, providing all assistance to the affected,” he said.

Four hours after the crash, Kerala police officers said two people were still trapped and the operation to pull them out was still on.

Officials said the runway – like the one in Mangalore – is on a hilltop with gorges on either side that increases chances of casualties if the plane overshoots the runway.

The accident is similar to the Mangaluru air tragedy when an Air India Express flight from Dubai crashed while landing at Mangaluru airport on 22 May 2010 that killed 158 lives. Eight passengers had a miraculous escape. It was the first major mishap involving the budget airline of the national carrier.

“It was raining heavily. The pilot had given a warning before landing saying the weather was really bad. He tried for safe landing twice but lost control. The aircraft shot off the runway and skidded off and it was broke into two pieces. It was a miraculous escape for many,” said a passenger V Ibrahim.

Kerala has been facing heavy rains and inclement weather in large parts of the state.