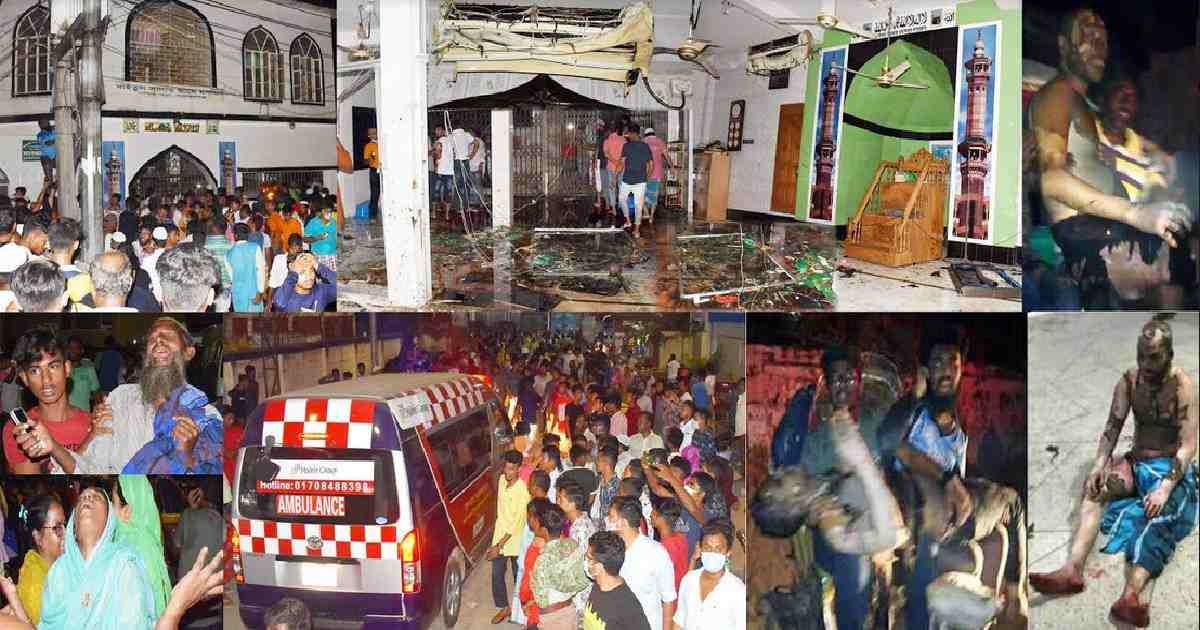 Thirteen more people, who were severely burnt in Friday’s mysterious blast in a mosque in Fatullah of Narayanganj, died at Sheikh Hasina National Institute of Burn and Plastic Surgery at the Dhaka Medical College Hospital (DMCH) today, raising the death toll to 14.

He said 37 injured people were admitted to the hospital after the blasts of seven air conditioners at the mosque.

“Fourteen of the injured died till 9:00am,” DR Samanta said adding, “Prime Minister Sheikh Hasina has asked the hospital authorities to ensure the best treatment of the injured.”

None of the injured people are out of danger, he added.

Some 40 people suffered burn injuries as all the air conditioners of the mosque exploded during Esha prayers in Fatullah, Narayanganj on Friday night. One of the injured died at night.

Locals said the incident took place around 8:45 pm at Baitus Salam Mosque when the devotees had just finished their prayers. An air conditioner went off and sparked a fire inside the mosque. Later, the remaining six ACs exploded there, leaving the 40 devotees injured.