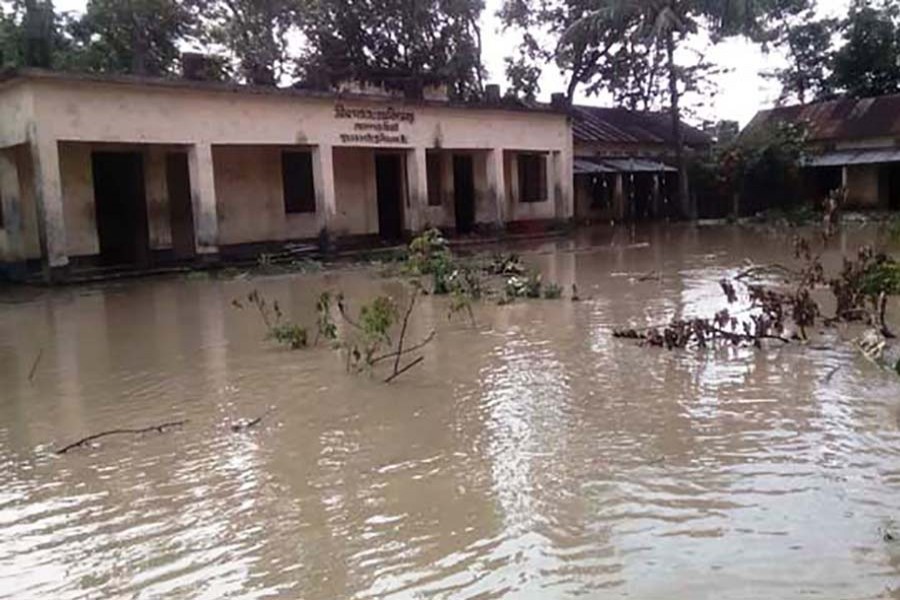 Three separate spells of flood since early June have caused various types of damage to as many as 181 high schools and colleges in three districts of Sylhet division.

Most of these are now unusable and badly in need of immediate repair, said officials.

A detailed report on the damages they suffered has already been sent to the higher authorities recently, the officials added.

Contacted, Jahangir Kabir Ahmed, deputy director of the Secondary and Higher Education Directorate, Sylhet division, told this correspondent the damaged institutions include both government and non-government ones.

Of them, 113 are in Sunamganj, 13 in Habiganj and the rest 55 are in Sylhet district. These include junior high schools, high schools and degree colleges.

More than 100 institutions had to be used by the government as shelter centres during the first and second phases of flood in the division, Jahangir Kabir said.

Almost all of the school or college buildings have been left unusable by the floods while some of them got damaged beyond repair and furniture got badly damaged remaining under stagnant waters for long time.

2020-09-13
Mr. Admin
Previous: Harness the power of buckwheat with this scrumptious salad
Next: HC stays compensation to Narayanganj blast victims