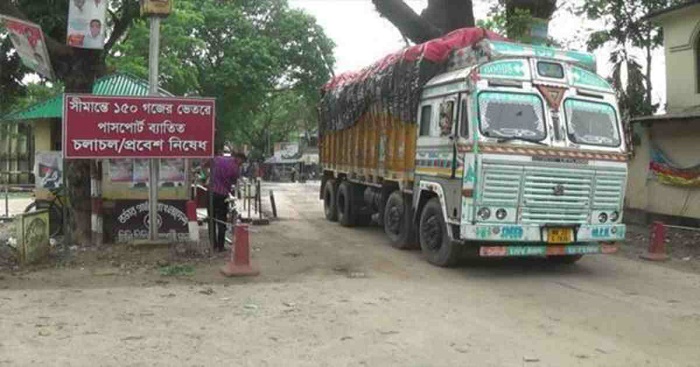 India will allow the onion consignments stuck in the land ports to enter Bangladesh as a procedural complexity has been created after the country imposed a ban on onion export from Monday.

Since the notification for banning of onion export issued by the Directorate General of Foreign trade under Commerce ministry, customs officials of India intercepted at least 20,000-25,000 tonnes onion loaded in trucks at the borders between the two countries.
High commissioner of Bangladesh Md Imran has been working since Monday to settle the issue.

Sources confirmed that Foreign Secretary Harsh Bardhan Shringla personally has taken up the matter with his counterpart in the commerce ministry.

It has been clarified that the banning notification does not include the export to be done as per transhipment agreement for which letter of credit has already been done.

There will be no procedural difficulties to enter the trucks loaded with onions to Bangladesh, sources said.

Indian sources also assured that the overall ban is a temporary measure as the demand for domestic demand is rising during the festival season.

Onion prices remain more or less stable at around Rs 40 per kg in Delhi. In August, wholesale and retail prices of onion across India fell 34.5 per cent and 4 per cent respectively compared to last year.
While domestic onion prices remain stable, it is the spike in external demand for onions which seems to have triggered the ban on the export of onions.

During the April-June period, onion exports to Bangladesh, India’s largest overseas market for the key kitchen ingredient, shot up 147.5 per cent to 1.9 lakh metric tonnes.

Last week, Union Home Minister Amit Shah chaired a group of ministers meeting and reviewed the onion stock position in the country. The meeting decided to take every measure to restrict the onion price as no crisis arises before the Bihar election.

India has been the main source of onion imports for Bangladesh. Bangladeshi domestic production can meet the demand for 7-8 months and 7-8 lakh tonnes of onions are needed to be imported every year.

Last year, India imposed an export ban on September 29, causing prices of the key cooking ingredient to skyrocket to a historic high of Tk 250 per kg in Bangladesh.