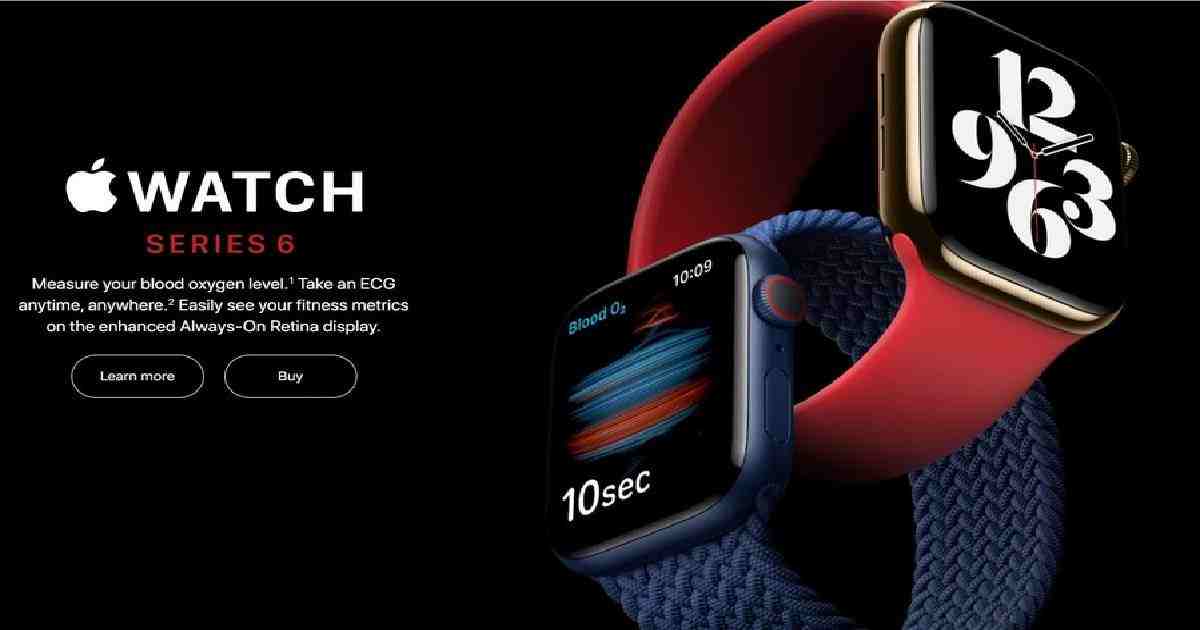 Apple Watch Series 6 comes with a feature that can measure oxygen saturation of users’ blood, so the users may better understand their overall fitness and wellness, reports Xinhua.

It uses a custom algorithm built into the Blood Oxygen app to measure blood oxygen between 70 percent and 100 percent.

Apple Watch SE features the same accelerometer, gyroscope and always-on altimeter as Apple Watch Series 6, and with the latest motion sensors and microphone. It offers robust health and safety capabilities including fall detection, Emergency SOS, international emergency calling, and the Noise app, according to Apple.

Apple introduced the eighth-generation iPad, featuring the A14 Bionic chip that brings the Neural Engine to the entry iPad for the first time.

The new iPad Air features an all-screen design of 10.9-inch Liquid Retina display, with upgraded camera and audio, a new integrated Touch ID sensor, and the A14 Bionic chip, the company said.

“This is our strongest iPad lineup ever, giving our customers even more ways to enrich their daily lives,” said Apple’s Senior Vice President of Worldwide Marketing Greg Joswiak.

Using 5-nanometer process technology, A14 Bionic is packed with 11.8 billion transistors. The latest-generation A-series chip features a new 6-core design for a 40 percent boost in CPU performance, the company said.

Starting this fall, customers with Apple subscriptions will be recommended the Apple One plan, which includes all of Apple’s subscription services.

“With a single subscription, customers in over 100 countries and regions can enjoy their favorite Apple services across their favorite devices, including iPhone, iPad, iPod touch, Apple TV, and Mac,” Apple said.

The Individual plan includes Apple Music, Apple TV+, Apple Arcade, and 50GB of iCloud storage for 14.95 US dollars per month.

The Premier plan is for $29.95 per month, including Apple Music, Apple TV+, Apple Arcade, Apple News+, Apple Fitness+, and 2TB of iCloud storage, and can be shared among up to six family members.

Apple reported late July its financial results for its fiscal 2020 third quarter with quarterly revenue of $59.7 billion, an increase of 11 percent from the year-ago quarter while the net sales in the Great China region increased to $9.329 billion.

According to the quarterly financial report, the company’s services revenue reached $13.156 billion, up by 14.8 percent year on year. Its Wearables, Home, and Accessories unit brought in $6.450 billion, a 16.7-percent growth, and its iPad unit reached $6.582 billion.