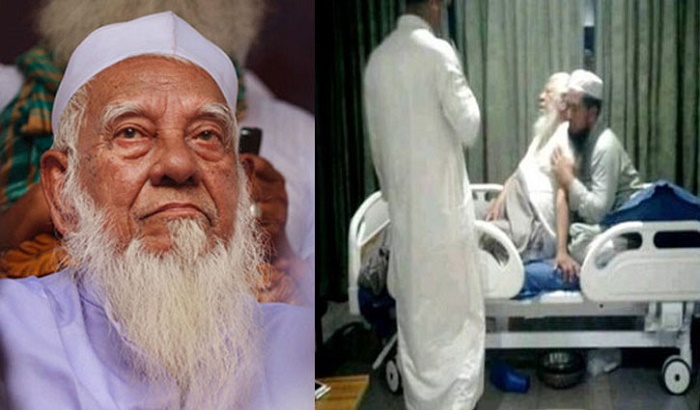 Shafi was admitted to the hospital on Thursday night as he was feeling unwell, according to Hathazari Madrasa sources.
The 105-year-old Allama Shafi has been suffering from various diseases due to his old age, including diabetes and high blood pressure.

The institution’s governing body, Shura Committee, made the decision in a meeting on Thursday night, ending Shafi’s long reign in one of the largest and oldest madrasas in Bangladesh.

Five members of the 12-strong committee and senior teachers attended the meeting, said Salahuddin Nanupuri, a member of the panel.