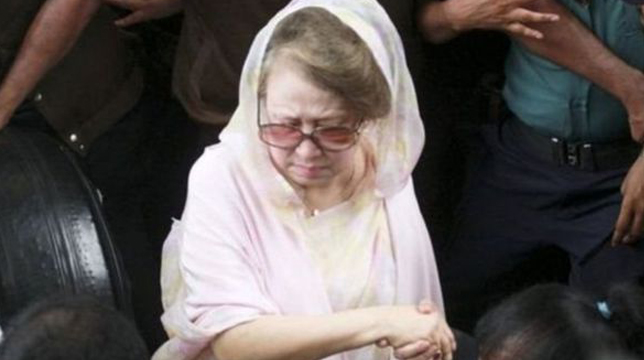 The Supreme Court has upheld an order of the High Court halting trial of BNP chief Khaleda Zia in four more cases filed over vandalism and arson charges.

A bench of Appellate Division headed by Justice Mohammad Iman Ali passed the order on Sunday, disposing off four separate leave to appeal petitions filed by the state.
The SC asked the High Court to settle rules which were earlier issued questioning legality of trial of Khaleda in the cases.

The cases were filed during January, February and March of 2015 on charges of sabotage during the BNP-led alliance’s strike.