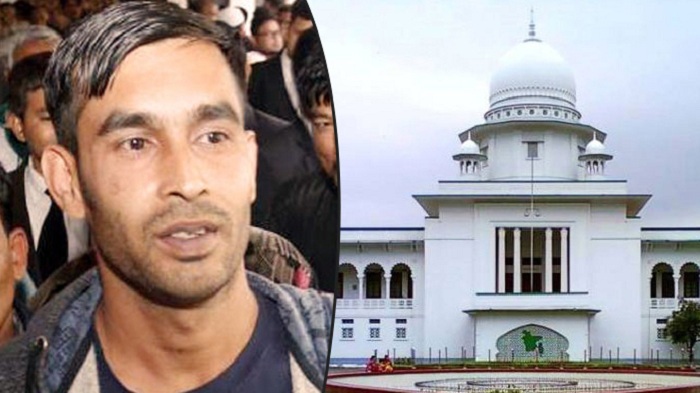 The verdict on the rule over compensation for innocent jute mill worker Jahalam, who was in jail for three years instead of the real accused in 33 cases, will be announced on September 29 (Tuesday).

The case has been placed at No. 1 in the cause list published on Wednesday (September 23).
High Court bench of Justice FRM Nazmul Ahsan and Justice KM Kamrul Quader is set to announce the judgement on the rule.

The case was put on CAV after a hearing on the rule on February 12. That means the verdict will be announced any day.

The incident came to light after a report was published at newspaper on January 30 under a headline “Wrong accused in jail in 33 cases: Sir I am Jahlam, not Salek.”

Later, the HC passed a suo moto order following the newspaper report after Supreme Court lawyer Amit Das Gupta placed the news report before the High Court.
On the night of February 3, Jahalam was set free on orders from the High Court Division, after the National Human Rights Commission exposed the gross miscarriage of justice.

2020-09-23
Mr. Admin
Previous: Taskin Ahmed in search of his next version
Next: Saudi to gradually resume ‘umrah’ pilgrimage from October 4