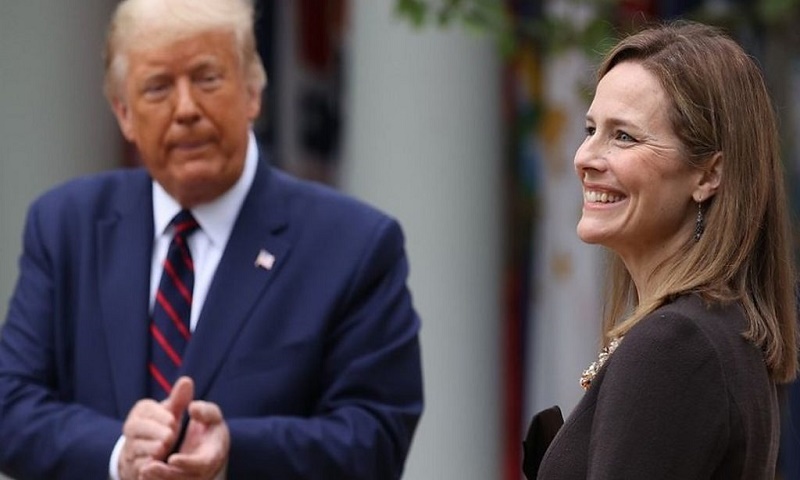 US President Donald Trump has nominated Amy Coney Barrett, a favourite of social conservatives, to be the new Supreme Court justice.
Speaking by her side at the White House Rose Garden, Trump described her as a “woman of unparalleled achievement”.

The nomination will spark a bitter confirmation fight in the Senate as November’s presidential election looms.

If Judge Barrett is confirmed, conservative-leaning justices will hold a 6-3 majority on the Supreme Court for the foreseeable future, BBC reported,

The 48-year-old would be the third justice appointed by the current Republican president, after Neil Gorsuch in 2017 and Brett Kavanaugh in 2018.