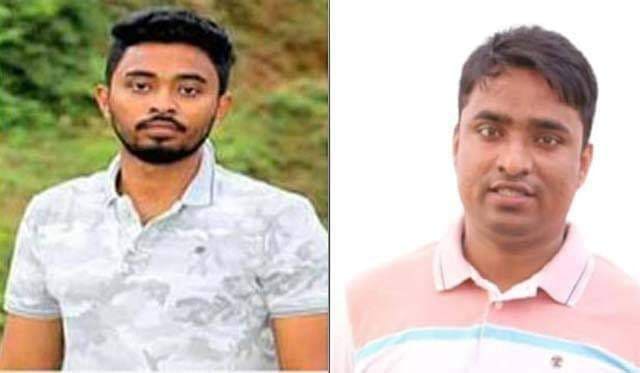 Law enforcement officials on Sunday night arrested two more in the case filed over the gang rape of a woman on the hostel premises of Sylhet’s Murari Chand (MC) College.

The arrestees, Shah Mahbubur Rahman Rony and Robiul Islam, are among the named accused in the case filed by the victim’s husband with Shah Paran police station on Saturday.

Robiul was captured by a team of Rapid Action Battalion (RAB) 9 from the Habiganj’s Nabiganj area around 8:30pm.

“Robiul will be handed over to Sylhet police by tonight. He is currently being kept at the police super’s office,” the police official added.

Earlier in the day, two people, including the prime suspect of the gang-rape case, were arrested by police.

Key accused M Saifur Rahman was detained at the bordering Chhatak in the northeastern district of Sunamganj on Sunday morning, our correspondent reported citing sources at the local police.

According to sources, the two were trying to cross the border to India to avoid arrest.

A woman was raped allegedly by Chhatra League men on the premises of the hostel of Sylhet’s MC College when she was visiting with her husband on Friday night.

Sources said a group of Chhatra League men confined the woman’s husband in a room and took the woman to a car, where she was gang-raped.

Police rescued the couple from the hostel premises and admitted the woman to the One Stop Crisis Centre of Sylhet’s Osmani Medical College Hospital around 10:30pm on Friday.

The victim’s husband filed a case with Shahporan police station in connection with the incident. He filed the case against seven or eight people, naming six.