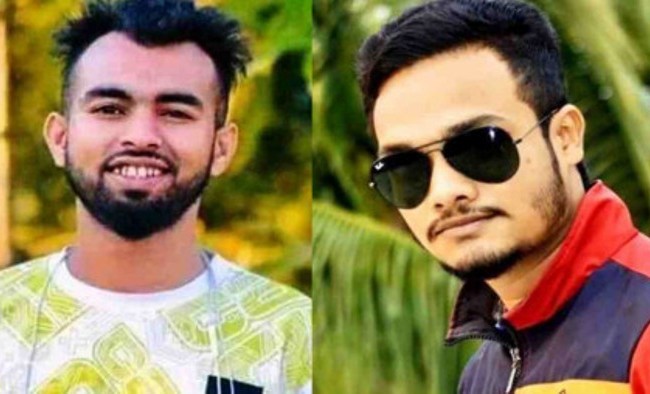 A Sylhet court on Monday placed Saifur Rahman and Arjun Lashkar on a five-day remand each in a case filed over the gang-rape of a woman at Murari Chand College in Sylhet on Friday.

Saifur Rahman of Sylhet Metropolitan Magistrate-2 Court passed the order after Indranil Bhattacharya, inspector of  Shah Poran Police Station and also the investigation officer of the case, produced them before the court with a seven-day remand prayer.

Main accoused of the case Saifur Rahman, son of Tauhid of Balaganj upazila, was arrested from Noarai Ghat in Chhatak upazila of Sunamganj on Sunday.

Arjun, listed as the number 4 accused, was arrested from Mantala bordering area in Madhabpur upazila of Habiganj on the same day.

With the latest arrest, the number of arrestees in the case rose to five, police said.

A 19-year-old married girl was raped by a group of youths at the college dormitory on Friday night.

The suspects tied up the victim’s husband and raped her in a hostel room of the college.

On information, police rescued the couple.

The victim’s husband filed a case at Shah Poran Police Station in the early hours of Saturday against nine people mentioning the names of six.